Mixed Match Challenge will feature a tag-team tournament that will pit male and female Raw and SmackDown Live superstars against each other. Every week, one contestant will be eliminated. Live viewers will have the opportunity to cast their votes on certain aspects of the match.

Each episode of the reality TV show will last for 20 minutes and will be produced in such a way that viewers can participate in various social interactions.

Fans will also have a say when it comes to the last contestant from Raw, as well as which The New Day tag team member that will be added to the SmackDown Live team.

Why Is Fan Interaction Important?

Jayar Donlan, WWE executive VP of digital and social content, explained their decision to incorporate the fans into the new show.

"It highlights our ability to create content specific for a social platform. Fan interaction is a big piece of it... It's kind of like being at an event," said Donlan.

After Facebook releases all 12 episodes of Mixed Match Challenge, WWE will have the option to distribute the series on VOD or other platforms. However, this may only be done after an unspecified time.

Facebook Watch was launched late last summer and may be accessed through a desktop, mobile device or connected-TV apps.

Meanwhile, the winner of the first season of Mixed Match Challenge will receive $100,000. The money will be donated to his or her chosen charity.

All 12 episodes of the reality show will be shot in the same city where SmackDown Live is filmed for USA Network. 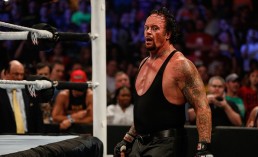 WWE Rumors: The Dead Man, Roman Reigns Feud To Heat Up Before ‘Wrestlemania 33,’ Undertaker Likely To Appear At ‘Raw’ 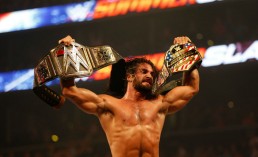 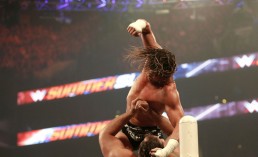