Dwayne "The Rock" Johnson wants to move into the White House.

The 45-year-old has repeatedly made jokes about becoming the next president of the United States in the past, but it might be about to come true. According to a new report, the actor is seriously thinking about running for office in 2024.

From Hollywood To The White House

Johnson was awarded his own star on the Walk of Fame — President Donald Trump has one too — in time for the release of his new movie, Jumanji: Welcome to the Jungle. In an interview with Variety, he revealed when he plans to transition from a movie star to bona fide politician.

The multi-hyphenated talent is set to appear in a ton of other movies, including a spin-off of Fast & Furious with Jason Satham. He is also awaiting a call from Warner Bros. to finally assume the role of Black Adam in the DC Extended Universe.

Aside from his long list of upcoming movie roles, Johnson is also a producer and owner of Seven Bucks Productions.

He also mentioned that he never actually expressed a strong desire to become president before last year. However, the story picked up, and he received overwhelming support from his fans.

"In that, I knew I had to listen to the people and really, really think about it," he explains.

Because he does not exactly have an extensive political experience to brag about, the actor says that he has started observing the current public servants in the government.

The actor has already drummed up support from fellow celebrities. Jumanji co-star, Kevin Hart, initially told Graham Norton that he would sabotage the campaign because "it would make [Johnson] that much better than [him]."

Jessica Chastain does no qualms about the idea because the actor is a good person, while Rebel Wilson is ready to fund Johnson's presidential aspirations as early as now.

However, on their appearance on The Ellen Show, Hart admits that he would support Johnson if he decides to run. The 38-year-old already offered to join his co-star's campaign team, although Johnson feels a little apprehensive about getting help from the comedian.

"There's a lot that you shouldn't do," Johnson jokes.

Catch Johnson and Hart in Jumanji: Welcome to the Jungle in theaters worldwide. 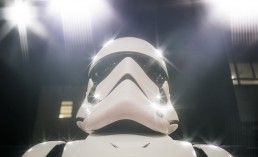 Burbank Screening Of 'The Last Jedi' Ran Into Technical Difficulties, Almost Led To A Riot 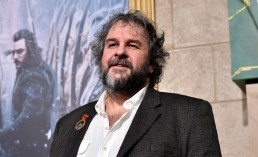 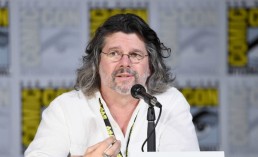