Rat Race star Amy Smart is defending her husband after he was accused of sexual misconduct by a former makeup artist.

Carter Oosterhouse, who stars on the HGTV shows Trading Places, Carter Can, and Red Hot & Green was accused on Thursday by Kailey Kaminsky.

In a report by The Hollywood Reporter, Kaminsky claimed that Oosterhouse pressured her into performing oral sex repeatedly during the production of the show Carter Can in 2008. The acts allegedly led to losing her job and seeking help for depression.

However, Oosterhouse denied the allegations and claimed that the two did engage in a consensual relationship nine years ago.

"It was 100% mutual and consensual. In no way did I ever feel, nor was it ever indicated to me, that Kailey was uncomfortable during our intimate relationship. I would have never done anything that I was not sure was mutually agreeable," Oosterhouse stated.

Amy Smart Stands By Husband Amid The Allegations

Oosterhouse's wife is firmly standing by him. The Road Trip actress gave her official statement on Instagram in a picture that showed the couple with their daughter, Flora.

"We are in a climate right now where it's so wonderful and needed to have women coming forward to break their silence; it is vital and important for female equality. Period,"  she wrote. "A lot of the stories are horrific and need to be brought to light. This story, about my husband, Carter Oosterhouse, on the other hand, is now taking it too far and boundaries are being crossed."

The pair wed in 2011 and welcomed their daughter via surrogate in 2016.

Oosterhouse currently is the host of the ABC reality show, The Great Christmas Light Fight. The show is a competition between families that display elaborate Christmas lights and decorations that give the winner a grand total of $50,000. The show is in its fifth season.

Oosterhouse joins other television personalities, Charlie Rose, Matt Lauer, and Mario Batali have been accused of sexual assault or harassment. Lauer was fired from the Today show after allegations of sexual assault against him came out and Batali was also fired from The Chew.

Check out Enstarz for the latest in celebrity news. 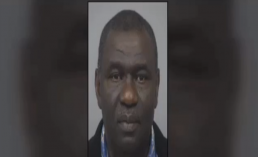 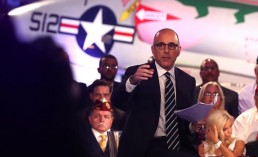