Damon commented on the Harvey Weinstein epidemic that is currently sweeping Hollywood and stated that all accusations 'should not be handled the same'.

Since September of this year, Weinstein had been accused of sexually abusing, harassing, and raping over 80 women. Actresses Rose McGowan, Angelina Jolie, and Ashley Judd were among the 80 that have publicly outed Weinstein.

Damon, who starred in several of Weinstein projects, commented that he wasn't surprised by the accusations he heard against Weinstein because he was a womanizer.

"I knew I wouldn't want him married to anyone close to me. But that was the extent of what we knew, you know? And that wasn't a surprise to anybody. So when you hear, 'Harvey this, Harvey that,' I mean, look at the guy. Of course, he's a womanizer," Damon stated.

However, the Good Will Hunting actor also touched on comedian Louis C.K.'s public apology. C.K. was let go from Netflix after five women, accused him of sexual misconduct.

The actor's comments seemed to have upset some of the women in Hollywood, particularly actresses Minnie Driver, who dated Damon in the late 90s, and Alyssa Milano. The two took to Twitter to share their disgust and disappointment over Damon's statement.

It's the micro that makes the macro.

There are so many men I love who do NOT frame the differentiation between sexual misconduct assault and rape as an excuse or worse- problem. Such bollocks..

While Damon has reportedly taken to heart Milano and Driver's condemnation of his statements, he does believe that there is a "witch hunt mentality" in Hollywood.

Damon, who has four daughters of his own, previously stated when the accusations first started that there needs to be a "sweeping change" in Hollywood in order for it to be safe again. 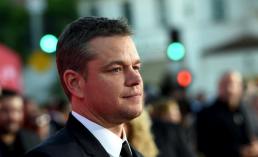 ‘We Live In This Culture Of Outrage And Injury’: Matt Damon Opens Up About Sexual Harassment In Hollywood 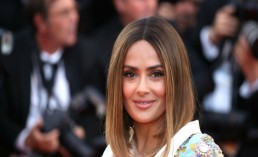