A judge recently dismissed a lawsuit brought by a choreographer, Wade Robson.

Robson alleged that Michael Jackson molested him as a child. The dismissed lawsuit resolves one of the last major claims against the icon.

In 2005, the Australian dancer testified against Jackson, saying he had spent the night at Jackson's Neverland Ranch several times and usually slept in the late singer's room. Jackson maintained that he never molested Robson.

Robson, now 35 years old, met Jackson when he was 5 years old and has worked with other big names in the industry such as Britney Spears and NSYNC. Robson is probably best remembered for making appearances in films, You Got Served and Kazaam.

According to judge Mitchell L. Beckloff, the ruling against Robson found that the Jackson-owned corporations were not responsible for Robson's exposure to Jackson. Robson's attorney, Vince Finaldi, strongly disagreed and said he has plans to appeal.

"What the judge is saying is that if you own a corporation or a company, you can hire people, use these people to facilitate your sexual abuse, use them to facilitate victims," Finaldi said.

Judge Beckloff states that Robson's contact with Jackson had nothing to do with MJ's companies. It was his own mom that reached out to the musician and asked Jackson to help with her son's career. If Jackson did molest Robson, his companies have no control over the singer.

"If someone is trying to search for the truth, why not let the lawsuit proceed? Why not exonerate him and let a jury decide," Finaldi continued.

In 2013, Robson sued the Jackson estate for molestation four years after the late singer's death. Jackson died on June 25, 2009. The choreographer stated that MJ's companies enabled the King of Pop's pattern of child molestation and helped lure his victims.

Another Robson attorney claims that when the lawsuit was filed, the stress and sexual trauma led Robson to accept that he had been molested by the star.

The judge did not rule on the merits of Robson's molestation claims, however. Following the judge's decision to dismiss the claims, Howard Weitzman, the Jackson estate attorney said he believes the judge made the right decision.

"In my opinion Mr. Robson's allegations, made 20 plus years after they supposedly occurred and years after Mr. Robson testified twice under oath - including in front of a jury - that Michael Jackson had never done anything wrong to him was always about the money rather than a search for the truth," Weitzman said. 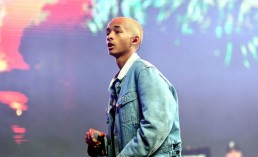 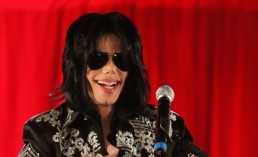 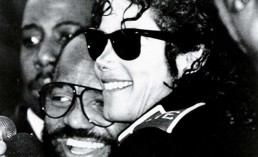