After ringing in the New Year by hosting the New Orleans segment of Dick Clark's New Year's Rockin' Eve, the 28-year-old has announced her newest project Truth or Dare.

Hale became a household name and an international star for her role as Aria Montgomery in Pretty Little Liars. The actress portrayed Aria since Season 1 until the show's series finale in June 2017.

The show that was based on the best selling series was about a group of teenage girls that reunited after their missing friend is found dead and all the while being tormented by an unknown, hooded figure named A.

The country singer is no stranger to the big screen as she's been featured in several other films such as The Sisterhood of the Traveling Pants 2 and Scream 4. Hale has also starred in Baby Daddy, Privileged, Drake & Josh, and Ned's Declassified School Survival Guide, Sorority Wars, and Private Practice.

Hale was cast in the Blumhouse supernatural thriller in March 2017. The actress took to Instagram to share the movie's poster that she's featured in.

The movie will follow college students who are haunted by a ghost after playing the supernatural version of Truth or Dare. MTV's Teen Wolf star Tyler Posey, along with Violett Beane, Nolan Gerard Funk, Hayden Szeto, and Sophia Taylor Ali will also be in the film.

The "Lie a Little Better" singer will also be starring in the CW original show Life Sentence with actors Elliot Knight and Carlos PenaVega. Life Sentence is a comedy-drama about a young woman named Stella (Hale) whose terminal cancer has been cured and must rethink all the decisions she made when she thought she was dying. The show will be released sometime in Spring of this year.

Hale's other former co-stars and close friends are also making strides in the entertainment industry. Sasha Pieterse, who played Alison DiLaurentis, will be starring in the spin-off series Pretty Little Perfectionist with PLL alum Janel Parrish. Trorian Bellisario, who portrayed Spencer Hastings, starred in the drama Feed that was written by Harry Potter star Tom Felton. 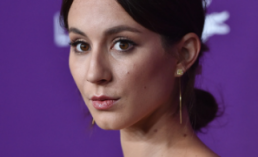 Pretty Little Liars Troian Bellisario Opens Up About Battling Anorexia: 'I Couldn't Get Anyone to Understand' 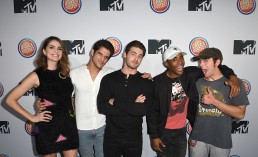