Congratulations is in order for singer Ricky Martin. The 46-year-old has officially confirmed his marriage to his partner Jwan Yosef.

Fans of the "Livin' la Vida Loca" signer might remember that he was in an on and off relationship with TV host, Rebecca de Alba for over 14 years. Martin even considered proposing to her at one point.

In 2010, Martin came out as gay and stated that he was proud to be a homosexual man. In April 2016, Martin made his relationship red carpet official when he appeared at the amfAR Inspiration Gala with Yosef.

The two ignited rumors that they were dating when they started to share snaps of each other on their social media accounts. Sharing photos on Instagram is actually what led to Martin and Yosef's relationship. During an upcoming town hall discussion with Radio Andy host Andy Cohen, Martin revealed that he met Yosef on Instagram.

"I'm scrolling and I see this beautiful piece of art and I'm like, 'Whoa, how cool! Who's this? Then I start checking and all of a sudden I'm like, 'Ooh, ooh.' And then I wrote to him," Martin explains.

Yosef is a Syrian-born Swedish painter and specializes in plastic arts.

In November 2016, while appearing on The Ellen DeGeneres Show, Martin revealed that he was engaged to Yosef.

"I proposed. I was really nervous, but I got on my knees and I took out the little metal box - I just had it in a little velvet pouch - and instead of saying "Would you marry me? I said, 'I got you something!' Martin said.

Although the two are officially married, the hunky Menudo alum stated that the two haven't had a celebration yet, but they do a heavy party in a few months.

While, Martin might be enjoying the married life, he's still a busy man. The author is set to star in the latest American Crime Story series, The Assassination of Gianni Versace. Martin will play fashion designer Antonio D'Amico, which was Gianni Versace's boyfriend. 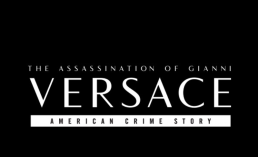 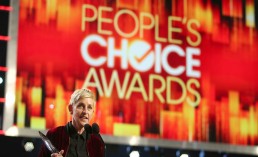 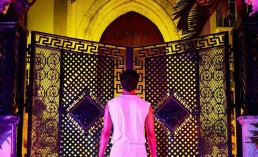