This year, the horror genre may be redeeming itself with the upcoming films expected to hit theaters in the impending months. Though it has been confirmed that the cult classic, Halloween, will get a complete remake, there will be some new original flicks that will have audiences afraid to sleep in the dark.

Here are some of the scariest films coming to theaters near you.

From the studio that brought audiences the critically acclaimed horror- film, The Witch, comes a new tale that has been hailed as one of the scariest films for 2018. Hereditary follows a mother (Toni Collette) who suspects a strange presence has followed her family after her mother's death. The film also stars Alex Wolff and Gabriel Byrne.

A Quiet Place brings together real-life husband and wife John Kransinki and Emily Blunt playing a couple who, with their children, hide from a supernatural evil that is attracted to sound. The family communicates through sign language until an accident makes them unsafe.

The Strangers: Prey At Night

The Strangers: Prey at Night is the sequel to the blockbuster hit The Strangers. The film follows a group of friends that gets stranded in a deserted mobile park and stalked by three masked individuals. The film stars Christina Hendricks, Bailee Madison, and Martin Henderson.

Golden Globe-winner Helen Mirren takes on the role of Sarah Winchester in the haunting real-life tale Winchester. The film follows Sarah's attempt to keep evil spirits at bay by building an enormous, never-ending mansion in San Jose, California. Jason Clarke stars as the skeptical psychiatrist Eric Prince who visits the mansion to prove the delusional woman wrong. However, it turns out that Sarah may be telling the truth after all.

Claire Foy is hanging up her crown and taking on a new terrifying role in the psychological thriller, Unsane. Foy plays Sawyer Valentin, who is involuntarily committed to an insane asylum where she must confront her greatest fear. The film also features: Jay Pharoah and Juno Temple.

Lucy Hale is no longer a "pretty little liar." The petite beauty hasn't strayed from the thriller genre, however she's playing a different character in the upcoming teen horror flick, Truth or Dare. The film follows a group of friends playing a supernatural version of the "truth or dare" game, which leads to horrifying consequences. Teen Wolf star Tyler Posey also stars in the film. 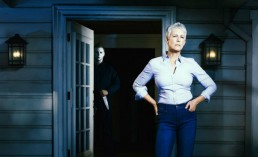 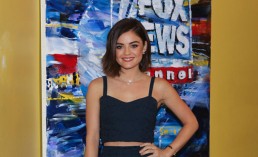 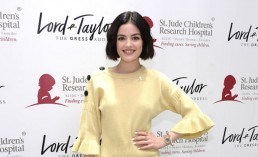