Yolanda Hadid walked away from her full-time role on The Real Housewives of Beverly Hills in June 2016 after starring on the show for four seasons.

As fans will recall, Hadid's struggles with Lyme disease were at an all-time high and as she continued to search for a cure for the illness, her costars took aim at her up and down demeanor, even suggesting she may be exaggerating her symptoms.

Being on the show certainly caused a lot of drama for Hadid and after leaving, she felt she was better off pursuing other projects on the east coast.

"I’m feeling amazing. I’m up, I’m working and am coming back to life,” Hadid revealed to All About the Real Housewives on Jan. 29.

Since leaving The Real Housewives of Beverly Hills in 2016, Hadid has been starring on her new reality series, Making A Model, and also released a book, Believe Me: My Battle with the Invisible Disability of Lyme Disease, about her years-long battle with Lyme disease.

As for why Hadid chose to open up about her struggles in the publication, she said she did not write the book for a reward. Instead, she wrote the book because she felt it was her obligation to offer hope to others who are also dealing with an autoimmune disease or other invisible illness. As she explained, she felt there was a higher purpose for her story and she didn't want to pass up on an opportunity to allow others to benefit from her story.

Aside from her work on her book, Hadid also returned to life in front of the camera — but not in such a dramatic way as she had been featured on The Real Housewives of Beverly Hills. Instead, she took on the role of host and mentor to a number of aspiring models and their mothers for Lifetime TV's Making A Model.

“I went to the Lifetime office and it just felt right. I’ve been modeling since I was 16 or 17 and it has been my journey and my children’s journey," she explained. "I wasn’t interested in just doing another modeling show, but I really felt I could bring something to the table as it also focused on the mother/daughter aspect of it.”

According to Hadid, she was attracted to the mother/daughter relationship that was featured on the show because she felt it was different from any other series. 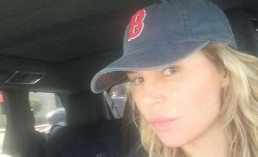 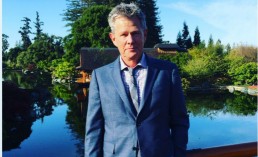 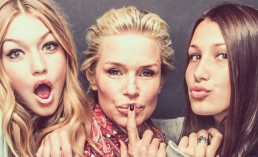