The youngest sibling in the family is usually bound to end up with some hand-me-down items, even if they are a celebrity's child. It seems the youngest of the Wests, Kimye's newborn baby Chicago, has reportedly inherited some items from her older siblings.

In a recent interview with Architectural Digest magazine, the mother of three confirmed that she's using some of North and Saint's old furniture.

"I'm pretty much using the same crib and everything that I had for our other kids. We have a Vetro Lucite crib and we have a Royère bed in there and a really fluffy cream rug. We had a changing table-made," the 37-year-old said.

The crib costs over $4,000, which makes sense why she and Kanye would consider reusing it. Kim also took to Twitter to explain that she has so many memories with the nursery so she had to keep it.

well yes...but my daughter used it and son and now my baby girl! So much love in here! https://t.co/9X9XeIaVFU

The KKW Beauty founder also revealed the secret to how she and Kanye manage to keep their new mansion clean now that they have three kids.

"Oh, my God. I run around the house with towels. You do have to just take a deep breath and say, Okay it's going to happen. We decided to have lighter colors," Kardashian explained.

As previously reported, Kim and Kanye welcomed their third child, baby girl Chicago West, via surrogate on Jan. 15, weighing in at 7 pounds and 6 ounces. The Keeping Up With the Kardashians star took to her official website to confirm the news.

"We are incredibly grateful to our surrogate who made our dreams come true with the greatest gift one could give and to our wonderful doctors and nurses for their special care. North and Saint are especially thrilled to welcome their baby sister," the makeup mogul wrote.

Following Chicago's birth, the 37-year-old opened up about her decision to opt for a surrogate.

Kim has always been open about her pregnancy struggles and revealed that doctors told her that she would be unable to give birth again due to preeclampsia and placenta accreta, which is why the couple made the decision to have a surrogate carry their third child.

Now the couple is working on adjusting to life with a third child, but they are more than happy to finally have their baby girl. Chicago joins her sister, North, 4 and her brother, Saint, 2. 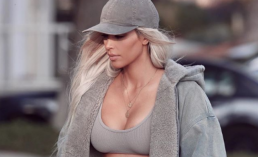 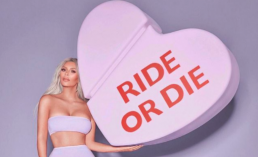 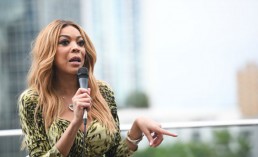