Valentine's Day is just around the corner! While many are looking for that romantic spot to have dinner with their loved ones, there may be some that have to stay home or can't make plans.

For those who will be spending Valentine's Day inside with their significant others or even a close friend, we have some movie suggestions to keep you entertained all night.

Set in the early 1960s, this classic romantic story about forbidden love is one that lives on for years to come. The late Patrick Swayze and Jennifer Grey star as Johnny and Baby who fall in love after Baby replaces Johnny's dancing partner and teaches her some risque dance moves.

Julia Roberts and Richard Gere were the perfect odd couple in Pretty Woman. Roberts played prostitute Vivian Woods who is hired by Edward Lewis to be his escort. The film is the kind of a romantic comedy that though you know the two will end up together, you can't help but watch it over and over again.

The Fault In Our Stars

Based on the best-selling book, The Fault in Our Stars follows the tragic story of Hazel Grace Lancaster (Shailene Woodley) and Augustus Waters (Ansel Egort) who are both terminally ill cancer patients. Though the odds against them weren't favorable, Gus teaches Hazel how to fall in love with life and herself again.

A Walk To Remember

Another popular teen movie that was based on a novel shows a young Mandy Moore portray the beautiful and innocent Jamie Sullivan in A Walk To Remember. '90s heartthrob Shane West played the rebellious Landon Carter who is sentenced to work with Sullivan for a school play but ends up falling in love with her. The story ends on a heartbreaking note but still reaffirms the power of love at any age.

Jennifer Lopez starred in quite a few romantic comedies but this may be the best one she's ever done. Lopez stars opposite Matthew McConaughey in The Wedding Planner as Mary, who falls in love with the handsome pediatrician Dr. Steven James.

Mila Kunis can do it all. From drama to comedy, the actress can hold her own on any screen and this holds true in the romantic comedy Friends with Benefits. Justin Timberlake heads back to his acting roots and matches Kunis's dry humor with his own witty personality. Friends with Benefits is a modern-tale romance that shows it's better to fall in love with your best friend.

10 Things I Hate About You

Every '90's girl wanted to be in love with Patrick Verona after watching this film. Julia Stiles and Heath Leadger star as teen outcasts who fall in love in the most peculiar way due to a bet. The film is based on Shakespeare's The Taming of the Shrew and made high school look better than it actually was. 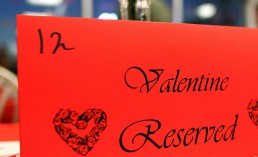 Valentine's Day Meal Deals 2017: Where To Find Special Offers To Share With Your Loved Ones [PHOTO] 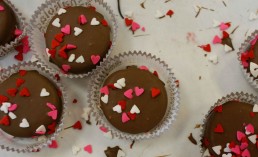 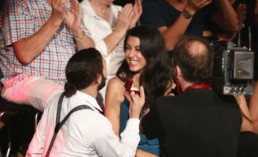