The Los Angeles County District Attorney's Office has tossed out a sexual battery complaint filed against Seal by his former neighbor last month.

Days after Seal urged sexual abuse victims to come forward with their stories of abuse in a Facebook post last month, Seal's ex-neighbor and actress Tracey Birdsall accused the singer of behaving inappropriately toward her in 2016.

She claimed that when she visited his Los Angeles home to retrieve a salad spinner he had borrowed from her, the singer forced himself on her and forcibly tried to kiss her. She also pointed out that when she rejected his advances, he insinuated that she was asking for it because of the attire — a tank top and shorts — she was wearing at the time.

Birdsall, who has featured in a number of indie flicks, said Seal also groped her breasts before she fled his house and severed all contacts with him.

Shortly after Birdsall went public, Seal released a statement vehemently denying the sexual assault allegations, but Birdsall lodged a complaint with the Los Angeles Police Department, which led to a formal investigation into her claims.

The singer will not be facing criminal charges over the allegations put forth by Birdsall, however, the District Attorney's office said on Monday, Feb. 12.

According to TMZ, the sexual battery case against the 54-year-old was dismissed due to a lack of evidence or witnesses to support Birdsall's claims. Moreover, the statute of limitations comes into effect given that the alleged incident took place in February 2016.

Shortly after her complaint was rejected, Birdsall issued a statement saying that she has no regrets about coming forward with the allegations because if nothing else, it helped her prepare for a "very difficult" scene in an upcoming film.

"The police and the DA have their jobs to do, and it's really not my place to tell them how to do it or to have an opinion on it," she told the publication.

"Nobody would come forward in a case like this for attention (at least not anyone in their right minds)," she continued. "To those of you who haven't spoken up, there is no shame in doing so, but also no glory. Do not hide your life experiences to protect another who didn't take your feelings into consideration when they didn't respect your body or your personal integrity." 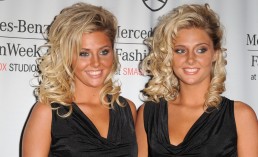 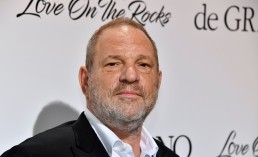 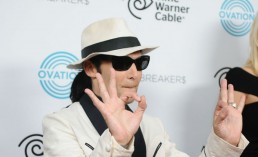