Edward and Bella may be getting back together. Longtime exes and Twilight costars Kristen Stewart and Robert Pattinson have been spotted out and about together.

Sending Fans Into A Frenzy

The rumor mill ran into overdrive as multiple fans reported sightings of the ex-couple at Edendale, a bar in Silver Lake, Los Angeles, on Feb. 11.

"Was just at bar enjoying my friends birthday and in comes Robert Pattinson which blew my Twilight mind up, and then Kristen Stewart walked in and now I'm reliving my high school Twilight fantasies," one wrote.

"It wouldn't have been cool to take a picture of them, they just seemed like two friends hanging out," she added.

Twitter understandably blew up in the aftermath of such shocking news.

when you're just innocently at a bar in LA and suddenly robert pattinson and kristen stewart appear right in front of you. EDWARD AND BELLA IN THE SPARKLY FLESH :o — Aj Knight (@imajknight) February 12, 2018

Naturally, no photos of the event have surfaced as of yet. The two haven't been photographed together since November 2012, so it stands to reason paparazzi shots of them enjoying each other's company at a bar would go for big bucks, if such photos even exist.

The Twilight costars dated unofficially for nearly four years, between 2008 and 2012, always refusing to confirm their relationship publicly. Stewart was caught cheating with a married man and her director in Snow White and the Huntsman, Rupert Sanders, in 2012. The revelation caused a massive scandal, driving Stewart to publicly declare her love for Pattinson for the very first time.

The two managed to reconcile before splitting up for good in May 2013. The notoriously private actress has since spoken out about what it was like to date someone under such intense scrutiny.

"People wanted me and Rob to be together so badly that our relationship was made into a product. It wasn't real life anymore. And that was gross to me," she said in 2016.

The Right Time To Reconcile

Stewart has been linked to several famous ladies in the interim, including singer St. Vincent and, most recently, Victoria's Secret Angel Stella Maxwell. The two were last spotted in December 2017. No breakup has been confirmed as of yet, but it's widely assumed the couple have split.

Pattinson, on the other hand, is officially single again. He ended things with fiancée FKA Twigs back in October of last year. The two had dated for two years before getting engaged in 2015. Pattinson has since been linked to Katy Perry and a yet-to-be-identified mystery blonde woman.

His ex-fiancée reportedly couldn't care less whether the rumors of Pattinson and Stewart reuniting are true, though.

"[FKA] Twigs isn't at all concerned about what Robert is doing. She basically doesn't even acknowledge his existence or the fact that they were together for three years. She was really hurt when they decided to split up, and she carried that with her for a couple months before she eventually got over it," a source told Hollywood Life.

Both Pattinson and Stewart worked hard to move away from Twilight in their careers once the franchise wrapped up. Both actors turned their attention to weirder indie projects, with Stewart receiving widespread acclaim and the equivalent of a French Oscar for her work with celebrated filmmaker Olivier Assayas.

Likewise, Pattinson has had a big year following well-received turns in The Lost City of Z opposite Charlie Hunman and the Safdie Brothers Good Time, which many critics are calling the best performance of his career thus far.

Whether they're looking to rekindle their romance or not, it's easy to imagine the two actors comparing notes on their fascinatingly similar career trajectories. They may even be considering another collaboration somewhere down the line. 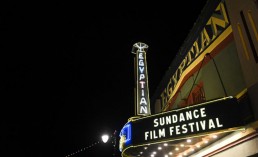 The 2018 Sundance Film Festival: A Look At This Year's Lineup 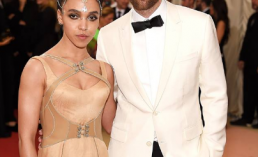 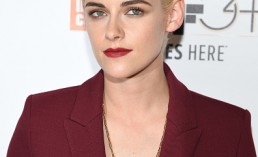