Fans have been waiting for some real footage of Incredibles 2 after the first teaser promo didn't give them much to chew on.

After releasing a series of laundry-themed posters earlier this week, Disney and Pixar have finally released the first full-length trailer for the highly anticipated sequel to the 2004 original.

The trailer, which premiered during the NBC's coverage of the Winter Olympics on Wednesday night, Feb. 14, gives one of the best previews of the upcoming film so far.

Set in a timeline where superheroes are illegal, the follow-up takes place immediately after the events of the first film where Elastigirl a.k.a. Helen and Mr. Incredible a.k.a. Bob swap roles as she fulfills her superhero duties while he's on another mission: taking care of the kids as a stay-at-home dad.

In the trailer, a mysterious business tycoon by the name of Winston Deavor touts his ability to help the outlawed superheroes get back to business. However, he appears to be more interested in Elastigirl than Mr. Incredible.

The 90-second trailer shows glimpses of Bob struggling with everyday duties like helping Dash with his math homework, reading Jack Jack a bedtime story, or keeping up with the little's one budding superhero abilities while Helen is busy saving the world.

"I've got to succeed, so she can succeed," Bob says in the trailer.

The returning voice actors include Craig T. Nelson, who voices Bob Parr (a.k.a. Mr. Incredible), Holly Hunter as his wife Helen Parr (a.k.a. Elastigirl), and Sarah Vowell as Violet Parr.

Huck Milner replaces Spencer Fox as the voiceover artist for Dash Parr in the upcoming film. Also returning is Samuel L. Jackson as Lucius Best (a.k.a. Frozone) in addition to director Brad Bird, who will be reprising his role as superhero fashion designer Edna Mode.

New additions to the cast include Bob Odenkirk, who has lent his voice to the film's antagonist, Winston Deavor. Catherine Keener voices the character of Deavor's sister and business partner Evelyn Deavor.

Newcomer Sophia Bush will bring to life a new super named Voyd, who has been described as a wannabe superhero and a big fan of Elastigirl. She possesses the superpowers to "divert and manipulate objects around her by creating voids that allow objects to appear and disappear."

Incredibles 2 is slated to hit theaters on June 15, 14 years after the original. 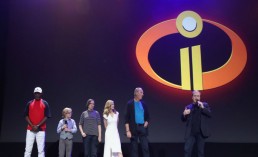 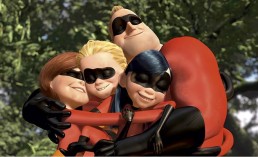 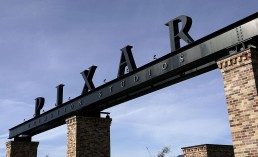 Pixar New Releases: When Are 'Toy Story 4' & 'The Incredibles 2' Coming Out? [VIDEO]