Hailee Steinfeld and Niall Horan sparked dating rumors after fans spotted the singers spending the night together at a Backstreet Boys concert in Las Vegas on Saturday.

Horan and Steinfeld casually joined other fans as they hit up Planet Hollywood Resort and Casino for some fun night with the BSB. Fans saw the pair at the VIP section of the Axis Theater singing along to the group's classic hits "I Want It That Way" and "Everybody (Backstreet's Back)."

Fan videos have surfaced on Twitter showing the Pitch Perfect 2 star clearly having a good time as she danced, swayed, and sang along with the crowd. The former One Direction singer also bopped his head and moved his hands.

In the first video, Steinfeld (in black shirt and jeans), is seen singing and tousling her hair. Horan seems to notice the camera but he ignores it and continues singing.

In the second video, both Horan and Steinfeld are singing and dancing to the tune of "Everybody (Backstreet's Back)."

At one point, A.J. McLean, one of the Backstreet Boys singers, came up to their row and he sang a few lines from "I Want It That Way" with Horan. He clearly enjoyed the quick duet and could not stop smiling even after McLean returns to perform on front. Steinfeld eventually reaches out to touch Horan's neck.

However, the night out was not a date for Horan and Steinfeld because they were joined by a couple of friends (girl in black and guy in white). The friends also joined the singers at XS Nightclub to listen to DJ Diplo while sipping on Absolut Elyx cocktails from a stage table.

This is not the only time the pair sparked dating rumors. On Jan. 2 they also watched Hamilton together at London's West End. The following week, the True Grit star invited Horan to her brother, Griffin's, birthday party. They were also photographed together at the 2017 Music Awards on Nov. 19.

Steinfeld did not clarify the status of her relationship with Horan when asked to comment on the dating rumors. Instead, she thanked her fans for their concern and reminded them to draw a line when it comes to her private life.

"I feel so lucky that [my fans] care enough about me to know what I'm doing every second of every day, but I think that sometimes it's hard for people, in general, to realize that there are boundaries to a person's life and personal life," Steinfeld said. 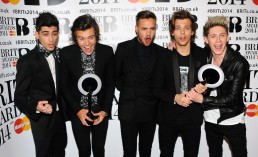 One Direction News: Niall Horan ‘Can’t Wait To See’ All Of 1D’s North American Fans On Where We Are Tour [VIDEO] 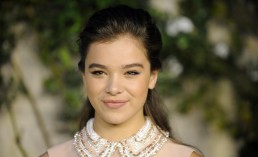 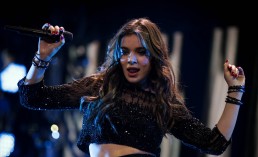