Everyone's favorite couple, Mila Kunis and Ashton Kutcher, didn't the attend the 90th Annual Academy Awards but the two still dressed up and shared a cute selfie on social media.

The notoriously private duo rarely share too much of their personal life with the world but, lately, the couple has more forthcoming with their adoration for each other and their children.

Mommy And Daddy's Night Out

Kutcher posted an adorable photo of him and his wife, Mar. 4 before hitting the town. Kunis sported her new short do and a black dress while her husband looked dapper in a black tuxedo.

There isn't word yet on where the former That 70's Show costars headed but it was sure to be a night to remember! The couple was recently spotted on the kissing cam at the Vegas Golden Knights vs. Los Angeles game, where Ashton planted a kiss on his wife's surprised face.

The couple married in a private ceremony in July 2015. Prior to this, Kutcher was married to Demi Moore from 2005-2013. Kutcher recently opened up about his spilt from Moore and how he learned to cope with his failed marriage.

"Right after I got divorced, I went to the mountains for a week by myself. I did no food, no drink -- just water and tea. I took all my computers away, my phone, my everything. I was there by myself, so there was no talking. I just had a notepad, a pen and water, and tea -- for a week,"  Kutcher stated.

Kutcher had a reputation in Hollywood for his dating habits. The actor was also romantically linked to Brittany Murphy, Ashley Scott, January Jones, and Lindsay Lohan.

Kunis, on the other hand, was in a long-term relationship with Home Alone star, Macaulay Culkin, from 2002-2011. The actress stated while in a relationship with Culkin, that she had no desire to marry or have children.

Kutcher and Kunis have two children together, Wyatt Isabelle and Dimitri Portwood.

Kutcher currently stars on the hit Netflix original show, The Ranch, which also starred Kutcher's friend, Danny Masterson. Masterson was fired from the show after being accused of raping five women.

Kunis recently starred in A Bad Moms Christmas, which was the sequel to the hit summer comedy, Bad Moms. The Black Swan actress' next film will be The Spy Who Loved Me. 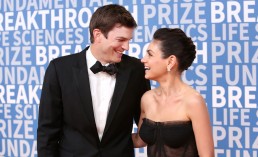 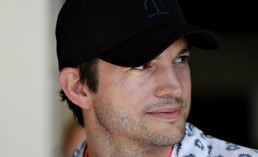 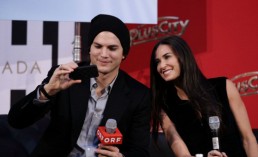