It's the Brad Pitt romance no one probably saw coming. Tiffany Haddish revealed the pact she made with the heartthrob.

If Haddish and Pitt are still single in 2019, Hollywood will have another power couple.

While backstage at the Oscars, Haddish played the game "Marry, Date, Ditch" with Kelly Ripa. It was during the game that she divulged her pact with Brad Pitt. After drawing Pitt's name from the bag of names, the Girls Trip actress immediately launched into the story.

"Oh, I just met him an the elevator," she said excitedly. "He said in one year if he's single and I'm single we gonna do it, so you know what that means." Haddish tells Ripa.

However, the star is unsure about the number of children Pitt shares with ex-wife Angelina Jolie.

"But he do got seven kids," she mused. "I don't know if I could deal with a man that's got that many kids."

When asked why one year, the comedienne shrugs.

"I don't know, he told me to wait a year," Haddish answered.

Even though Pitt has promised himself to Haddish, the actress has some steep competition for his affection. The newly-single actor is one of Hollywood's biggest heartthrobs, and even his rumored dating partners do not mind the speculation about their relationships.

In a recent appearance in What Happens Live with Andy Cohen, Oscar winner Jennifer Lawrence addressed rumors circulating about her dating the Inglourious Basterds actor. Apparently, the Red Sparrow star only met Pitt once in 2013, so they are definitely not going out.

Not that, Lawrence is quick to add, she is in a huge hurry to debunk the rumors as she found the buzz funny.

Another Oscar winner, Kate Hudson, has also been mentioned as Pitt's potential girlfriend. The Almost Famous star tells Andy Cohen in another episode of his show that she finds the rumors hilarious as well since she has not seen Pitt in about four years.

The public is quite outspoken about their preference for Pitt's next relationship, though - his ex-wife Jennifer Aniston.

When Aniston announced her divorce from The Leftovers actor Justin Theroux, social media was quick to pounce on the possibility of a reconciliation between her and her former husband. The excitement only grew when rumors circulated that Theroux found love notes from Brad Pitt in Aniston's possession.

However, sources close to both Pitt and Aniston have told the media that the former couple's relationship is entirely in the past since the two have not seen each other in a long time. 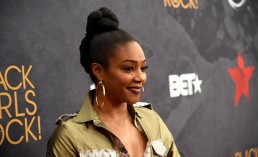 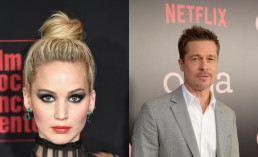 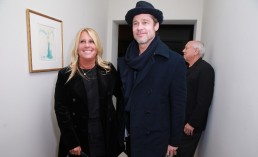