While, Kourtney, Kim, Kylie, and Rob Kardashian have broken tradition and gave their children a new identity, Khloe might go back to her mom's tradition or start one of her own.

Khloe and Tristan Thompson are having their baby girl anytime soon, and many have been wondering what name they would give her.

While chatting with her fans on Twitter, the reality star admitted she was very indecisive about what she will name her unborn daughter. One user asked if she will follow in her mother's footsteps and give her daughter a name with the letter "K" in it.

Another fan asked if she actually had a name picked out for her daughter, to which she replied she hadn't yet.

Finally, another user asked what name they would have given if it was a boy.

The 33-year-old found out the gender of her baby on the season finale of Keeping Up with The Kardashians. The Revenge Body star was less than thrilled that she was having a girl because she "felt" like she was having a boy.

Thompson and Kardashian did not officially announce that they were expecting until December 2017 with an emotional Instagram post that explained their decision to keep the pregnancy as "quiet and private" as possible.

The reality star was very vocal about her fertility issues in the past as well as her struggle with endometriosis. Kardashian has always wanted children of her own and tried to get pregnant when she was married to her ex-husband, former NBA player Lamar Odom.

The many moods of KoKo! Today I'm all about the smiles! It is Friday after all A post shared by Khloé (@khloekardashian) on Dec 1, 2017 at 12:31pm PST

The reality star has recently caught flak for her relationship with Thompson, who allegedly left his pregnant ex-girlfriend, Jordan Craig, to be with Khloe. Thompson and Craig have a 1-year-old son, Prince Thompson, whom fans have also accused Thompson of not acknowledging.

Kardashian is the latest of her siblings to welcome a baby soon. Kim's third child and second daughter, Chicago West, was born on Jan. 15 via surrogate. Kylie Jenner gave birth to her first child, Stormi Webster, on Feb. 1. 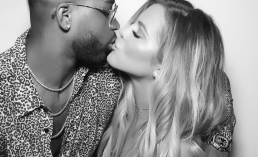 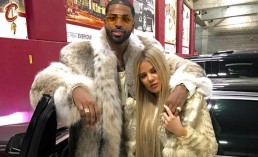 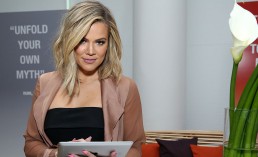