Jennifer Lawrence and Lala Kent clash after the former expressed her distaste for the reality starlet in an interview with Andy Cohen.

The Red Sparrow star appeared on Watch What Happens Live With Andy Cohen on Thursday, chatting candidly about her obsession with reality television. While discussing Vanderpump Rules with the host, the 27-year-old actress reveals her thoughts on Kent, who she calls a phony for being friends with her enemies in the show.

"I'm, like, 'Bitch, you a c**t,'" Lawrence quips about the reality television personality, laughing.

According to a report from E! Online, the Vanderpump Rules personality took to Twitter to clap back at the Oscar-winning actress. In a now-deleted tweet, Kent, also 27, showed she is not one to back down from a public takedown.

"Did Jennifer Lawrence really call me a 'c**t' on @bravowwhl?" she tweeted. "Annnnnd talk about my mama? Bitch, you better pray I don't see you in the streets. You're one of the highest paid actresses on the planet... you claim you are pro-women and you call another woman a c**t? You're gross."

Although Kent deleted her Twitter posts on Thursday night, her combative words have circulated social media by then. During a guest appearance at radio show Reality Checked, she tells Amy Phillips that her manager urged her to delete the controversial tweets.

However, that doesn't mean the Vanderpump Rules star is just brushing off the insults.

"The thing is, no one wants to be called the c-word, especially by an A-list celebrity on national television," Kent points out. "I was such a huge fan of hers, and it bummed me out. I thought that she had a little more class than that. You know, let's leave the trash to people like me who do reality TV."

"Don't try to steal my thunder, girlfriend," she adds.

At one point in the program, Kent also says she congratulated the actress for "two bombed movies in a row."

The unfiltered Oscar-winning actress always makes a splash at Cohen's Bravo show, especially when talking about reality television. Last Thursday's episode offered plenty of memorable moments for Lawrence, even beyond her opinions on Kent.

Cohen surprised the reality television super-fan with cocktails and two of her favorite Housewives: Luann De Lesseps and Bethenny Frankel.

The stars of the Real Housewives of New York showed up on set after Lawrence told Oprah her dream dinner party would consist of the two of them plus Scott Disick. While Disick couldn't make it, a cardboard cut-out of him did sit at the table with the trio.

Lawrence jumped up and down in excitement at the sight of De Lesseps and Frankel, especially when the latter told her she would make a great addition to the cast of Real Housewives.

"Thank you!" she exclaims. "I would be smart like you guys. I would be diabolical enough, but then still find a way to be likable." 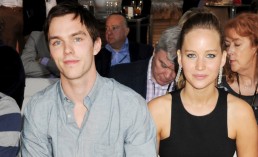 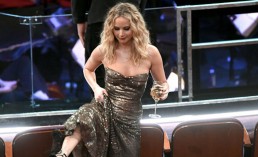 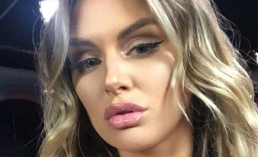