A representative for Los Angeles Police City Attorney Mike Feuer confirmed that Crews, born Terry Alan Crews, reported the sexual misconduct to the Los Angeles Police Department. However, the case was also declined thereafter because the actor filed the report more than a year since the alleged incident happened.

"The matter was referred to our office and was subsequently declined due to the lapse in statute of limitations for misdemeanor cases," the representative said.

Crews accused his former agent of sexual abuse in the wake of the Harvey Weinstein scandal that prompted other victims to speak up against their offenders. The White Chick actor namedropped Venit in a tweet. Crews said Venit grabbed his crotch without his consent during a party at Hutchinson restaurant. The alleged incident happened in February 2016. Crews's accusation then led to Venit's one-month unpaid suspension from his work at William Morris Endeavor.

The former American football player then filed a report against Venit with the Los Angeles Police Department on Nov. 8, 2017, and a week later, Venit resumed his work at WME. On its end, the agency revealed in a Jan. 30 court filing that it has completed the necessary action to address Crews's accusation against Venit.

As for the police report, the LAPD investigated Crew's complaint and forwarded it to the District Attorney's office on Feb. 6. However, the office did not find any reason to pursue the case after the DA determined that the WME agent did not commit any felony.

"Given that the suspect did not make contact with the victim's skin when he grabbed the victim's genitals and there is no restraint involved, a felony filing is declined," reads the prosecutor's note on an evaluation worksheet.

The 49-year-old Crews then referred his case to Feuer for further action, possibly for a misdemeanor prosecution against his former agent. However, as the representative said, the case exceeded the one-year limitations for misdemeanor so the LA County office declined to prosecute Venit on Feb. 20.

Regardless, Crews is determined to find a way to persecute Venit. He is still pursuing a civil case against the agent for sexual assault. 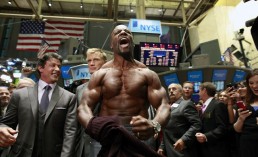 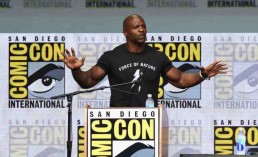 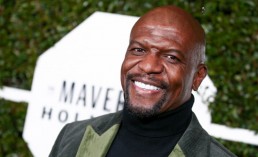