While new mom Kylie Jenner has caught some flak since giving birth to her daughter, Stormi Webster, there is one person who is sticking up for her!

Kris Jenner recently spoke on how her youngest daughter is handling life as a new mom, and according to Kris, Kylie is doing just fine!

The momager couldn't hold back her admiration for her 20 year-old daughter while speaking at the opening of Nassif MD & Associates on Wednesday, March 7.

"I think she was just born to have kids. I felt like I was the same way. I wanted to have a baby when I was 16 years old. I thought about how many kids I would have. So I think that some people are just ... when you know, you know," Jenner stated.

Sources close to the family stated that Kylie has relied "heavily" on her mom and sisters but is becoming a natural all on her own.

"Kylie has been a natural at being a mother. However, it has been overwhelming, and Kylie has relied on Kris during these first few days," a source stated to Us Weekly.

The beauty mogul's pregnancy made headlines in 2017. Jenner, whose boyfriend and father of her child is rapper Travis Scott, neither confirmed nor denied the rumors.

Jenner finally made the announcement on SuperBowl Sunday, three days after her daughter arrived via her Instagram account. In the post, the Keeping Up with The Kardashians star explained her reasons for keeping the pregnancy as private as possible and apologized to her fans for keeping them "in the dark."

Jenner made headlines after she was spotted heading to Miami with Scott and her best friend, Jordyn Woods. Jenner was criticized by the media and fans for apparently drinking and leaving behind her 1-month-old daughter.

The reality star was also slammed for her long nails which many felt were "dangerous" to have around her daughter.

Jenner also launched a new make-up collection, Weather the Storm, that was named in honor of her daughter. 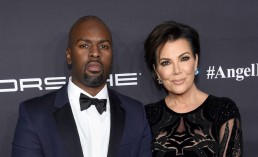 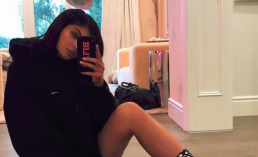 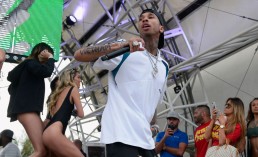