Love's young dream is reportedly over as Selena Gomez and Justin Bieber called it quits again but don't even think of blaming it on her mother.

The two rekindled their relationship around November of last year, much to the delight of fans who continued shipping them even after their original split in 2014. The two originally coupled up way back in 2010.

Gomez's mother, Mandy Teefey, was quoted at the time stating she wasn't happy about her daughter getting back together with Bieber but that she supported her regardless.

Now that "Jelena" is no more, er, again, the finger has been pointed squarely at Teefey as the reason for the split. However, an insider claims the young couple taking a break has nothing to do with ongoing familial tensions.

"They're not on a break because of her relationship with her mom. They have their own issues and are always on and off," the source claimed.

Echoing earlier comments Teefey made about how nobody was able to control her daughter, the insider also confirmed that Gomez wouldn't have based her relationship with Bieber over what her mother felt about him.

Rumors first circulated the net that the couple, who hadn't actually confirmed they were back together since reuniting, had broken things off once again when the "Sorry" singer was spotted celebrating his birthday on March 1 without Gomez.

They allegedly spent the earlier part of the day together, however, with the source confirming they may still rekindle their romance at a later stage.

"They've been having disagreements, but it wouldn't be surprising if they're back together in a week," the source confirmed.

Gomez and her mother reportedly have been having issues long before Bieber is back in the picture. A source confirmed in late December that the "Wolves" singer was estranged from Teefey and that it wasn't the first time either. They are now back in contact, however, and are trying their best to communicate going forward.

As for Bieber and Gomez, the two were spotted attending the same church service last week, albeit separately. A friend of Bieber's previously advised that their breaking up wasn't anything to worry about.

"They will probably be fine soon again," the friend confirmed.

According to various sources close to the superstar couple, they've remained in touch with each other, adding that they're still very much into each other.

It's difficult to tell where they are at any stage, however, as the two spent Thanksgiving apart but then attended Bieber's father's wedding in Jamaica together. 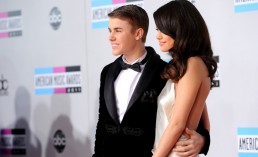 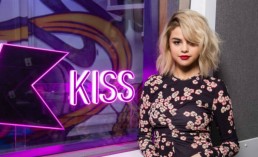 Selena Gomez Spotted In Texas - Is She Looking To Reunite With Her Mom, Mandy Teefey? 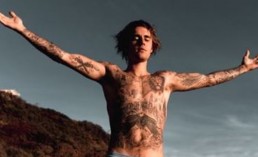