Judge Steven O'Neill ruled to have the other five women testify during Thursday's hearing in Montgomery County, Pennsylvania. The order allows District Attorney Kevin Steele to pick among the eight women who made the most recent allegations.

Steele, who has been pursuing Cosby for over two years, must carefully choose those whose allegations date back to 1982 and not those whose claims of sexual assault happened before that year.

"The Commonwealth shall be permitted to present evidence regarding five prior bad acts of its choosing," reads Judge O'Neill's two-page ruling. The prosecutors must let the court and Cosby's defense team know the names of the additional five accusers by March 19.

"We're reviewing the Judge's order and will be making some determinations," Kate Delano, spokeswoman for the district attorney, said in an email sent to USA Today.

Steele and his team initially wanted to bring 19 possible witnesses to testify against Cosby. Citing the legal concept known as the "doctrine of chances," the District Attorney pushed for 19 out of the five-dozen women, who have accused Cosby of sexual assault since October 2014, to take the stand.

The doctrine essentially provides further support to rule the accused as guilty by counting the frequency the alleged misconduct happened. The more often that person is accused of the same crime with the same set of circumstances, the less likely that the person is innocent.

"The balance of the Commonwealth's motion is DENIED," reads the court order.

The court's ruling comes after Constand accused Cosby, 80, of drugging and sexually assaulting her at his Philadelphia home in 2004. She did not report the incident until a year later and there was no physical evidence, so the case came down to she-said-he-said. The former "America's Dad" also claimed that their encounter was consensual.

Steele asked the court to bring the five other accusers to testify to bolster Constand's case against Cosby. The former TV host's retrial is set to begin with jury selection on March 29 and testimony on April 2. 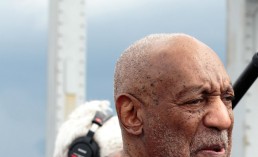 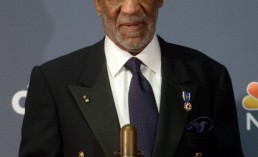 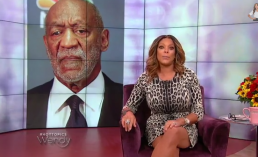