Angela Bassett is no stranger to the big screen. The veteran actress has been seen in many hit films such as Waiting To Exhale, How Stella Got Her Groove Back, Green Lantern, and London Has Fallen.

Most recently, the actress starred in the box-office smash hit, Marvel's Black Panther, that has bagged $1 billion dollars at the box-office. While many have dubbed Basset a silver screen "Queen" for her many accolades, there has been a debate that the actress was never properly acknowledged for her most iconic role.

Bassett addressed the film and if she agreed with the masses during an interview with Andy Cohen and the actress gave a very surprising response.

How Angela Got Her Groove Back

During the Q&A segment on Watch What Happens Live, Cohen read a comment from a fan that stated Angela Bassett should have won an Oscar for her famous role as Tina Turner in the biopic, What's Love Got To Do With It?.

The host asked Bassett if she agreed with this statement to which she replied, "Yeah, me too". The topic then changed to the success of the Black film and if there will be a sequel in the works.

"I hope they're writing it right now, you know. I hope they're prepared for it but no, I haven't heard anything," Bassett replied.

The actress portrayed, Ramonda, Queen Mother of Wakanda and mother of the Black Panther, T'Challa. The film takes place after the events of Captain America: Civil War, where T'Challa must return to Wakanda to rightfully claim the throne after his father's death. T'Challa, however, is challenged by a past secret that could ultimately destroy Wakanda's way of life.

Bassett will reprise her role as Ramonda in Avengers: Infinity Wars Part 1.

"We would tell our kids you're of kings and of queens. We try to instill a sense of pride, and this is that moment where we can look on that screen and see all of that history that we've read - that if we've been privileged to go back to the motherland to experience - to see it manifested onscreen for the first time," the actress commented.

Bassett is set to star in the next Mission Impossible film, Fallout, which will hit theaters on July 27, 2018.

© 2020 ENSTARS, All rights reserved. Do not reproduce without permission.
TAGSAngela Bassett Black Panther Tina Turner What's Love Got To Do With It
SEE COMMENT
CLOSE COMMENT 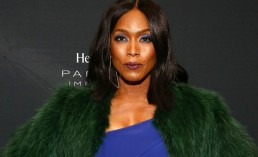 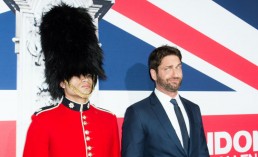 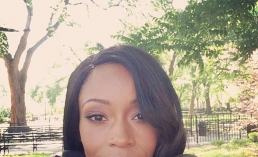