Are new parents, Kylie Jenner and Travis Scott ready to walk down the aisle? According to sources close to the couple, they are!

The two have been reportedly going strong since the birth of their daughter, Stormi Webster, and Jenner doesn't want to wait any longer!

Kylie And Travis Rushing To The Chapel?

Jenner allegedly wants to elope with the father of her child. The 20-year-old beauty mogul wants nothing more than to begin a new life with Scott and she doesn't think they should wait longer to get married.

"She's changed a lot since the baby's been born and really softened her stance since Travis stepped up to the plate with baby duties," a source close to Jenner stated.

The source also revealed that Jenner wants to marry Scott in a low-key ceremony while their relationship is still going strong. The reality star apparently had doubts about her relationship with Scott after he was spotted at a strip club. In the beginning, the rapper also had a nonchalant attitude about his fatherly duties. Rumors began to swirl that Kris Jenner was skeptical of Scott and allegedly paid him a significant amount of money to ensure he would stay faithful to her daughter.

Fortunately, there has been a significant change in Scott's behavior. Now, he is taking his responsibility more seriously, putting an end to those rumors.

A rumor that Jenner and Scott got engaged when the couple was spotted during their Miami trip. Jenner reportedly had a diamond ring on her finger, but neither of the involved parties confirmed this rumor.
Just recently, the pair went on another adventure in the mountains to spend some quality time together. The couple even shared pictures on social media of Jenner posing in a hot tub with her best friend and frequent travel companion, Jordyn Woods.

Jenner and Scott officially started dating in April 2017. News of Jenner's pregnancy made headlines in the summer of 2017, but the reality star did not confirm or deny the reports.

The Keeping Up With The Kardashians star was not seen in public throughout 2017 and was noticeably absent from the Kardashians annual Christmas cards. The beauty mogul did not confirm her pregnancy until three days after she gave birth.

Jenner took to social media to write a lengthy post where she apologized to her fans for keeping her pregnancy journey a secret and announced that her daughter was born on Feb. 1, 2018. Immediately after this, Jenner released the 11-minute YouTube video To Our Daughter, where she documented her entire pregnancy journey. 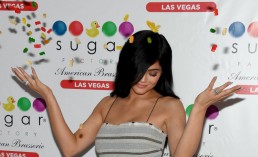 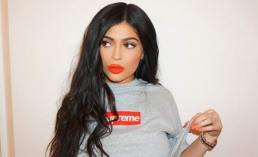 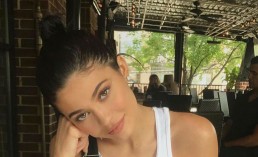