Katy Perry fans and Taylor Swift fans took to social media asking the singers to end their beef with each other after their long-held feud seemingly reignited following an episode of American Idol.

If there is one thing that fans want more than anything for 2018 is for the singers to make peace and be friends with each other again. They asked Swift and Perry to end their beef with each other, given that it began four years ago.

"Can we all just let the Katy/Taylor beef die because I'd really like to move on with my life," one fan wrote on Twitter, while another fan suggested that the artists should just make up and do an amazing collaboration.

"I want the beef between Katy and Taylor to like completely end," another fan commented.

Meanwhile, others asked respective fans of the singers to unite and stop sending tweets that could only further aggravate the situation. They do not want the feud reignited and heated.

Another fan pointed out that Perry respects Swift as a songwriter. She may not like the "Trouble" singer for her personality or character, but at least she was kind enough to give her the credit she deserves.

The fan is referring to Perry's response when an American Idol contestant revealed during his audition that he looks up to Swift as a songwriter. Fellow show judge Luke Perry asked the contestant whom he looks up as an artist, and the hopeful apologized to Perry first before he mentioned Swift's name.

"Oh, you don't have to be sorry," Perry told the contestant before he added, "I love Taylor Swift."

"I love her as a songwriter, as well," the "Roar" singer replied.

Netizens immediately came up with the assumption that Perry shaded the "Bad Blood" singer with her response, while there are also those who thought she gave a sincere compliment. Regardless, the American Idol hopeful may have unintentionally reignited the singers' feud, which Perry has since apologized for in several occasions.

The "I Kiss A Girl" singer already expressed her intention to let the beef die during James Corden's Carpool Karaoke in May 2017. Perry revealed that she had reached out to Swift to talk about it, but the latter shut her down.

Perry also apologized to the singer in her interview with Adrianna Huffington, saying that she is ready to let it go. She also complimented Swift, calling her a "fantastic writer." However, the "Look What You Made Me Do" singer has also yet to acknowledge Perry's apology. 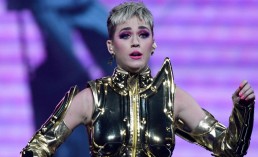 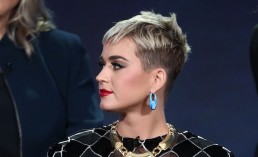 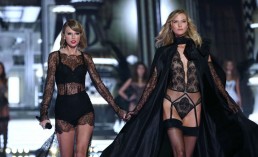