Colbert took issue of the fact that Trump personally congratulated Putin via phone call for his victory on what the show host said was a "rigged" re-election. The Late Show host pointed out that the U.S. President congratulated a "dangerous strongman who is threatening Western democracy."

"That requires a strong response. So Donald Trump called him up to say, 'Attaboy!'" Colbert said in his monologue Tuesday night.

Colbert continued and insinuated that Putin's victory was not dictated by the people but by himself. He allegedly rigged the results of the presidential re-election. He mentioned that although Trump gave "the thumbs-up to a murderous dictator," not everyone is happy with his response.

The Late Show host cited Sen. John McCain, who said that Trump "insulted every Russian citizen who was denied the right to vote in a free and fair election to determine their country's future, including the countless Russian patriots who have risked so much to protest and resist Putin's regime."

A bipartisan group of senators was also left speechless when asked about the personal congratulatory phone call from Trump to Putin. The senators were on hand at a press conference to give the country's response to the Russian cyber-attacks. One of the reporters asked about the call, which left one senator merely shaking his head. Colbert mimicked their dead-pan reactions and threw a "smoke bomb" to avoid answering.

TONIGHT: Despite evidence pointing to a rigged election in Russia, President Trump called Vladimir Putin to congratulate him on his victory. #LSSC pic.twitter.com/4sqx5Ri90m — The Late Show (@colbertlateshow) March 21, 2018

Aside from Colbert, another late-night show host also slammed Trump for congratulating Putin on his presidential victory. Jimmy Kimmel contemplated on the relationship between the U.S. president and Putin, calling the latter as Trump's "KGBFF."

"This guy just poisoned two people. Trump is calling to congratulate him," Kimmel quipped during an episode of Jimmy Kimmel Live!

Meanwhile, O'Brien also reminded the audience during his show that this is not the first time that Trump has personally called Putin. He did so before on Nov. 19, 2016, when he made a courtesy call to the president.

Trump admitted during a press interview on Tuesday that he called Putin to congratulate him on his victory. He did so against the specific advice of his foreign policy advisers. According to Colbert, Putin won by the most made-up votes. He won by "144 million to everyone else is dead." 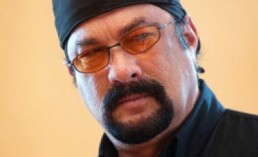 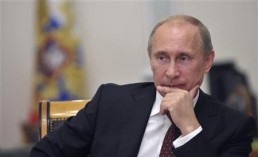 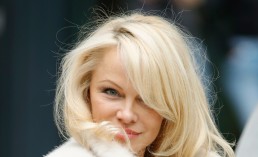