Deadpool is back for another round of raunchy humor and blood-splattering action as seen in the latest trailer for its upcoming sequel this spring.

The newly released trailer is over two minutes long and features Ryan Reynolds' character Wade Wilson as he fires off his standard wisecracks. Deadpool 2 also introduces supervillain Cable, played by Josh Brolin, who is after a kid with powers.

The description for the film is just as tongue-in-cheek as one would expect.

"After surviving a near fatal bovine attack, a disfigured cafeteria chef struggles to fulfill his dream of becoming Mayberry's hottest bartender while also learning to cope with his lost sense of taste," the official movie description reads. "Searching to regain his spice for life, as well as a flux capacitor, Wade must battle ninjas, the yakuza, and a pack of sexually aggressive canines, as he journeys around the world to discover the importance of family, friendship, and flavor — finding a new taste for adventure and earning the coveted coffee mug title of World's Best Lover."

As he's known to, Deadpool breaks the fourth wall a few times and inserts several cheeky references in the trailer. There's the Air Supply song Reynolds first performed as Van Wilder, plus Indiana Jones and Superman homages hidden away, according to Screen Rant.

He even throws in a Sisterhood of the Traveling Pants joke in there, which is extra funny as Reynolds is married to Blake Lively, one of the stars of the coming-of-age film.

There are also flashes of two significant costume changes by Wilson, who usually sports his trademark black and red suit. In the trailer, one shot clearly shows him wearing a deep green, nearly predominantly black suit that just might be his X-Force persona, while another is a yellow throwback to his time with the X-Men.

Deadpool may be enough of a draw for audiences after the wildly successful first film, but for the sequel, he joins other superheroes in an Avengers-like team up.

To help stave off Cable, he brings together a group of powered mutants called the X-Force — a name he admits to being quite derivative. Still, the team is set up to be a major player in the big-screen comic universe, at least according to the hero.

"We're gonna form a super-duper f**king group," Deadpool says. "We need them tough, morally flexible, and young enough to carry their own franchise for 10 to 12 years."

Negasonic Teenage Warhead (Brianna Hildebrand) and Colossus (Stefan Kapičić) already debuted in the first Deadpool film, but other mutants will be part of the team in the beefed-up sequel.

Domino, played by Zazie Beetz, will show up as another surly young hero. According to CBR, she is a luck-manipulating mercenary, a strong ally for Deadpool's team, as she can turn the luck in their favor during any fight or mission.

Fellow cast members who appear to be part of the X-Force are Terry Crews, Shioli Kutsuna, and Bill Skarsgard. Crews has revealed his role as electromagnetic mutant Bedlam, but the two others are keeping their parts under wraps.

Morena Baccarin and T.J. Miller reprise their roles in the sequel as well.

Deadpool 2 arrives in theaters on May 18. 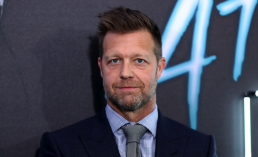 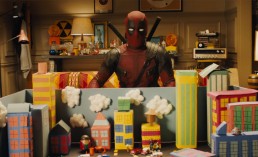