As celebrity domestic violence cases are making headlines, rapper Fabolous was taken into custody after allegations that he physically assaulted his longtime girlfriend, Emily B, on Wednesday night, March 28. Fabolous possibly already spoke out about it.

Emily B reportedly called authorities with claims that Fabolous assaulted her. The nature of the incident is still unknown to the public. For now, it has been reported that Fabolous is facing two felony charges in Englewood, New Jersey, where he and Emily B reside. He turned himself in to authorities.

The two charges Fabolous is looking at are aggravated assault and making a terrorist threat. While he was released shortly after he turned himself in, and didn’t have to serve jail time, he was given a court date. It's not certain if Emily B will speak on the alleged domestic violence.

Is He Heartbroken About The Incident?

Fabolous might have revealed his thoughts on the incident on Snapchat shortly after his release. He shared a photo with the words “2018 tryna break my heart…”

Fans got a close look at Emily B and Fabolous’ relationship when Emily B starred in the first season of Love & Hip Hop New York on VH1. Emily B was one of the stars to kick off the franchise that has since expanded to other major cities such as Atlanta, Hollywood, and Miami.

A Breakdown Of Fabolous And Emily B's Relationship

Fabolous made it clear back in 2011 that he wasn’t a fan of Emily B being on the show. He said his first issue was that it only showed her side of their relationship. He explained that he didn’t think he was being portrayed accurately or fairly.

He said that another issue he had with the show was that Emily B didn’t have any “ownership” of it. Instead, he felt like she was working to build someone else’s empire. He added he would be open to starring in a family series similar to MTV’s former hit reality show, Run’s House, or even E!’s Keeping Up With The Kardashians.

While Emily B is no longer a part of the Love & Hip Hop franchise, she and the rapper still seem to be going back and forth when it comes to their relationship. They reportedly broke up in October 2016 before getting back together in February 2017. Fabolous went public with their relationship for Valentine’s Day of that year when he posted a photo of him and Emily B.

The two have been together for more than 10 years and have two children together. 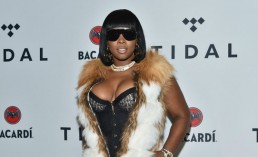 Remy Ma 'Wake Me Up': Rapper On Why Vincent Herbert Is Her Manager, Not Husband Papoose 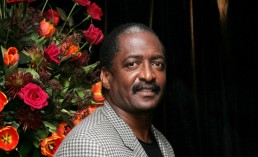 Mathew Knowles Says He Laughed At The 'Elevator Incident' Between Solange And Beyoncé's Husband, Jay-Z 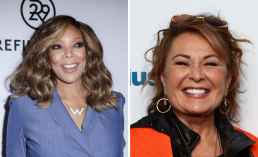