Burke took to her Modern Mom blog to speak candidly with her fans about the split. She was married to Charvet for six years before she decided to end things.

“I have struggled with trying to find worthy words to speak to this life change my family is going through, but I do want to share my personal thoughts,” wrote Burke.

She said that she and Charvet wanted to keep their separation a private matter so their family and children could cope with the news.

“Although I believe this is a positive change, I am deeply saddened because I loved being married,” said Charvet.

She explained she had to learn the difference between “giving up” and simply saying goodbye to something because it was time to let go. She maintained that the divorce is an amicable one and is a choice that is best for the well-being of the entire family.

Burke noted that there wasn’t a scandal or anything shameful that caused her to file for divorce.

“Big life decisions are hardest when made for the right reasons,” added Burke. “It is sometimes painful to be strong and embrace change.”

Burke said she is staying optimistic about the split. She cited irreconcilable differences when she filed for divorce in L.A. County. She asked a judge to grant her and Charvet joint physical and legal custody of the two children they have together -- son Shaya, 10, and daughter Heaven, 11.

She will reportedly wait for a hearing to determine the specifics concerning spousal support. Brooke is also mom to two older children from a previous relationship. Reports say Burke actually filed for separation this past January.

She and her now estranged husband tied the knot in St. Barts in August 2011. They had been dating for roughly five years and got engaged in 2006. They also revealed she was pregnant amid the wedding news.

Burke was the latest celebrity to file for divorce last week.

Actor Channing Tatum and Jenna Dewan announced their separation just days before. Similar to Burke and Charvet, Tatum and Dewan made it clear that it wasn’t infidelity or any kind of scandal that caused them to end their marriage. 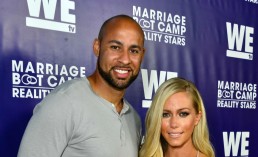 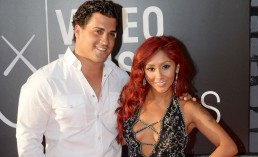 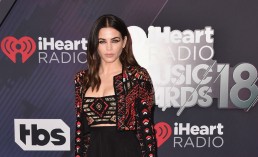