It’s been a while since Nicki Minaj spoke out about rumors. Now, the rapper is getting real about her alleged drama with Cardi B.

Nicki Gets Candid About Cardi B And Migos

While Minaj and Cardi B have insisted there is no feud between them, it seemed the two would be the latest to take part in celebrity beef after they were both featured on The Migos’ song Motorsport. Rumors of a feud sparked even more when Minaj had her own scene in the video and didn’t film with anyone else. Minaj revealed that it was a scheduling conflict with her hairstylist that caused her to shoot with Cardi and the rap group.

Minaj said she was hurt when The Migos didn’t explain the truth to fans who were convinced the women were at odds with each other.

“When it was time to clear the air about that, no one did that,” said Minaj. “All of them allowed me to look like I lied.”

Minaj said that Cardi B can prove that Minaj’s hairstylist wasn’t available because now Cardi B uses the same stylist.

Minaj added that Migos refused to defend her when there were rumors of how the Motorsport collaboration happened to begin with. She said she was in the studio with Quavo of The Migos when she heard the song and requested to be on it. Quavo then told Minaj that the group wanted Cardi B on the song too, which Minaj said she was fine with.

Nicki's Issue With Quavo Of The Migos

She also said she felt away after Quavo refused to defend her when it came to her verse in the song. Minaj pointed out that Cardi B “looked so aggravated and angry” in an interview she did about the Minaj’s verse.

Minaj said she contacted Quavo and asked him to tell fans the truth about why she really changed her verse. She said his response was, “I would go on Twitter and back you up if you were my girl.”

Interestingly enough, Cardi B is engaged to Migos member Offset. The two are expecting a child together. Cardi B cleared the air for the first time in an interview and verified Minaj’s scheduling conflict earlier this month.

© 2021 ENSTARS, All rights reserved. Do not reproduce without permission.
TAGSNicki Minaj Cardi B Offset The Migos
SEE COMMENT
CLOSE COMMENT 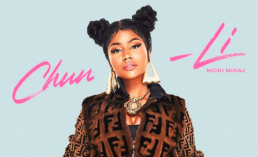 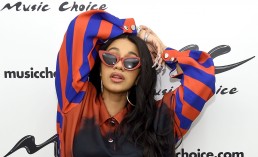