Iggy Azalea and Tyga sparked dating rumors after they were spotted hanging out together at Coachella. Eagle-eyed fans also noticed that the pair may have hinted at their relationship on social media.

Tyga and Azalea have been spending time together ahead of the former's stage performance at Coachella. On Saturday night, they hit up a party together in Indio, California.

Then the night before, the singers were spotted going to another party. They reportedly arrived hand-in-hand at the TAO x Revolve-Desert Nights party hosted by Puma and Palms Casino Resort. The rappers were together for the rest of the night, acting flirty with each other in front of the DJ booth. Azalea and Tyga then headed home together.

Also in attendance at the party was Tyga's ex Kylie Jenner, who recently gave birth to a daughter named Stormi Webster. Her baby daddy Travis Scott was also at the party.

The "Rack City" rapper and the Australian Azalea spent two days in a row together. This only prompted fans to speculate that they are dating. Although the singers have remained mum about the status of their relationship, internet sleuths pointed out that they may have hinted that they are dating on social media.

The Coachella music festival is also not the only time that the 27-year-old "Fancy" singer spent time with Tyga. They have been hanging out together on numerous occasions. Azalea joined Tyga during a stage performance in Melbourne, Australia in March.

Tyga and Azalea also both appeared on a Valentine's Day edition of MTV's Total Request Live in February. They were also together for a business meeting at West Hollywood's Sunset Marquis Hotel.

An insider claimed that the rappers also enjoyed the time roller skating at World of Wheels in Los Angeles in March. They were spotted renting skates together.

Reactions have been varied amid rumors that Tyga and Azalea are dating. Fans took to social media to express their opinions about the pair.

"If Tyga and Iggy are a thing, I'm kinda here for it," one Twitter user wrote.

"I'm actually not mad at Tyga and Iggy ... both corn balls. It would work out...," another user commented. 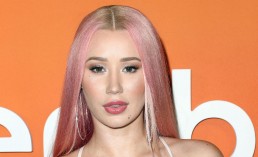 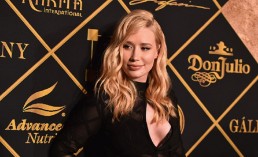 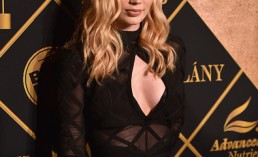