The behind-the-scenes legal drama surrounding imprisoned rapper Meek Mill continues to build. The judge who set Mill to prison has again denied to free him.

On Monday, April 16, the Philadelphia District Attorney's office stated in courtroom that it wants a new trail for the "All Eyes On You" rapper. It stated that the rapper deserves another trial after it was revealed that Reginald Graham, the officer who arrested Mill in his 2007, is part of a "do not call" list that highlights corrupt police officers. However, the prosecutors at the time of the 2008 conviction sat on the vital piece of information.

TMZ reported that if the Philadelphia District Attorney office's wishes are granted, Mill's 2008 conviction would be thrown out. Also, Mill would be allowed to leave prison. However, Judge Brinkley, who initially sentenced the rapper in November 2017 to two to four years in jail for violating his probation, revealed that she has decided to wait until June to hear more about this case. Judge Brinkley also denied any members of Mill's legal team a chance for Mill to be released on bail.

No Bail And Personal Vendetta

This is not the first time that Judge Brinkley denied Mill his freedom. On April 3, despite growing vocal support from both the Philadelphia District Attorney's office and Pennsylvania Governor Tom Wolfe, Judge Brinkley stated that Mill would remain in jail.

Several members of Mill's legal team believe that she had a bias against their client. The group indicated that Judge Brinkley allegedly requested to re-record Boyz II Men's "On Bended Knee" and demanded that Mill should switch his management team. Judge Brinkley has denied all of the legal team's claims.

Meek Mill is not the only celebrity dealing with legal dramas. Fellow rapper Travis Scott was challenged with a lawsuit from a Minneapolis event planner, PJAM LLC, which paid the "Butterfly Effect" rapper over $160,000 in fees for his scheduled pre-Super Bowl celebration on February 3. However, Scott canceled at the last minute due to inclement weather. 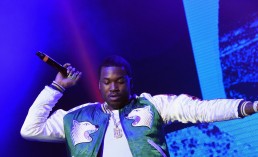 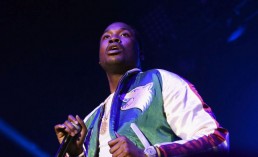 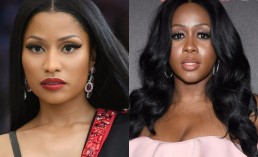 Nicki Minaj And Remy Ma: Meek Mill Claims He Did Not Give Remy Ma Ammo On His Ex-Girlfriend: 'She Put Me On Blast Too' [VIDEO]