The Bella Twins were a popular tag team in the WWE. However, Nikki Bella stepped out on her own after her sister retired to focus on raising a family with partner Daniel Bryan. Just recently, Brie returned to the ring, alongside her sister.

This is the first time Brie spoke out on the shock split, which rocked wrestling fandom earlier this week. Bella and her fiancé, fellow WWE Superstar John Cena, were due to tie the knot May 5. They announced their breakup on Sunday night in a joint statement.

Brie posted her thoughts about the breakup on her Instagram story.

"I'll always love @johncena like a brother. He'll always be family. My heart is hurting for he [sic] and my sister," she wrote on Wednesday.

The post straightens out the facts and corrects inaccurate reports. Several outlets claimed that Brie was furious with Cena over the split.

"Brie wants to kill [John], sure. No one should be allowed to hurt her sister like this," an insider previously told PEOPLE.

Brie took the opportunity to call out such reports, writing that she would never say that and painting a big "FALSE!!" over one such line.

Cena, 40, and Bella, 34, were together for six years. They got engaged at Wrestlemania 33 last year, explaining at the time that they wished to involve fans who supported them in the biggest moment of their relationship.

They called off their engagement nearly a year to the day of Cena's proposal.

Their relationship, as well as their differing attitudes on marriage and children, served as major plot-points on the hit reality show Total Divas, and its spinoff Total Bellas.

Cena was adamant that he wouldn't ever get married again after a difficult divorce left him hurting financially. He infamously made Bella sign a 75-page prenup-style agreement before she moved in with him in Tampa, one of the stipulations required Bella had to move her things out immediately if they ever separated.

Cena gradually changed his mind about marriage, although he stayed firm on the no kids rule. Brie and her husband Bryan were hard on Nikki for supposedly settling for Cena when he was clearly unable to give her what she wanted.

Not A Changed Man After All

It seems they may have been right to worry. As the closer the wedding got, the more Cena pulled away.

"John never really wanted to get married in the first place, but one of the biggest points of contention or disagreements they had through their relationship was that Nikki wanted to have kids and start a family and John didn't. They were not on the same page in that respect," an insider revealed to E! News.

Bella was reportedly the one who called off the wedding, with insiders suggesting it was because Cena hadn't changed as much as he was letting on. The Blockers star reportedly wasn't the same man he was at the beginning of their relationship.

"John acted more and more like he was doing her a favor by somehow conceding to go ahead and marry her. She doesn't need a pity proposal, a pity wedding, a pity husband," the source advised. 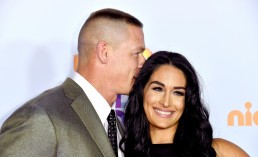 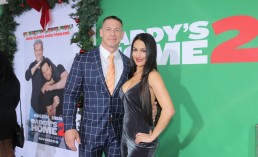 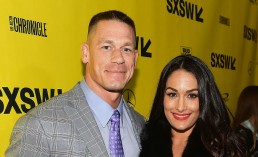