Karla Souza just gave birth to a beautiful baby girl after a hush-hush pregnancy that's kept out of the tabloids for nine whole months.

It seems that more and more celebrities are choosing to keep their pregnancies out of the papers. Souza, who stars in How to Get Away With Murder, is the latest actress to give birth without getting caught by paparazzi pregnant — but now she's ready to share her bundle of joy with the whole world.

The Mexican-born actress shocked her Instagram followers when she posted a photo of her baby bump, followed quickly with a sweet selfie with her newborn named Gianna.

"So I have something to share with you guys," she captioned a photo of her with a large baby bump, including a winking emoji.

Souza, 32, shared the first photo of Gianna on her social media as well, the baby snoozing on her chest in the picture. In the caption, she notes that God blessed her family with the newborn.

The actress shares more photos on Instagram stories, documenting her growing baby bump in the series from an ultrasound image of Gianna to the new mom looking ready to pop by the end. She describes the last nine months as a period that's "nothing short of a miracle." Gianna is Souza's first child. She tied the knot with Marshall Trenkmann in 2014, E! News reports.

In the fourth season of How to Get Away with Murder, one of the biggest dramas was Souza's character Laurel's pregnancy. Looking back, it's quite amazing to think that at the same time the character was pregnant, the actress was too. Fans took to Twitter to express their disbelief at the news, shocked at watching Souza on television throughout the actress' pregnancy and having no clue of it.

you guys didn’t know that karla souza was pregnant??? She didn’t shot a scene from the face to down the entire season 3 of htgawm — bruna (@theresadrazen) April 19, 2018

The birth of Gianna is a joyful event for the new parents and for Souza's fans as well after finding out about the ABC star's firsthand experience with sexual abuse.

In February, the actress revealed her experience with sexual assault, claiming she was raped by a director in Mexico while filming a movie. According to her, the director would knock on her door at late hours and humiliate her on set until she felt like she had no choice but to give in.

© 2021 ENSTARS, All rights reserved. Do not reproduce without permission.
TAGSKarla Souza How to get away with murder celebrity baby
SEE COMMENT
CLOSE COMMENT 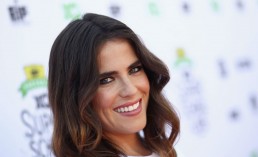 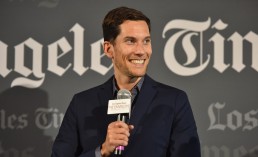 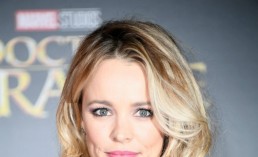