R. Kelly has spoken out for the first time about the sexual assault allegations against him. The rapper has denied all of the women’s claims.

He released a lengthy statement on how he is dealing with rumors that he is keeping a handful of women and underage girls against their will at his home, which has been labeled a “sex pad.”

The singer, who spoke out just days after his daughter did, said while his legal team told him to stay quiet about the details of the allegations, he decided to speak up about what he is allowed to share with the general public.

“I will say that I am infuriated, and I am heartbroken by the false claims against me,” said Kelly. “These accusations being perpetuated by the media is an attempt to distort my character and to destroy my legacy that I have worked so hard to build.”

He added the rumors have created a persona about him that is not consistent with who he actually is. He insisted the women who he is close with are not there against his will and that they are all “consenting adults.”

He said he wants to continue to focus on music and his faith, the two things he said that he has not lost amid all of the drama. He also shared a message for his fans and said he has nothing but love for them and realizes he would not be as successful today without their support.

Will TIme's Up Movement Spark Investigation?

Interestingly enough, Kelly also said local authorities have not started an investigation against him. He said that the accusations are nothing more than speculation. He requested fans to “wait for the truth to be revealed” before they come against him. He also sent an apology to fans in Chicago after he was removed from the Love Jam concert because of the allegations

As Kelly denies the claims, Time’s Up has made the singer its next target. The campaign’s women of color committee, which includes women such as Shonda Rimes, Ava DuVernay, and Jurneee Smollett-Bell, pleaded with businesses to end their relationships with Kelly.

The organization has also asked Kelly’s record label, RCA Records, Apple Music, and Spotify to take action against him.

“We demand appropriate investigations and inquiries into the allegations of R. Kelly’s abuse made by women of color and their families for over two decades now,” read the statement. 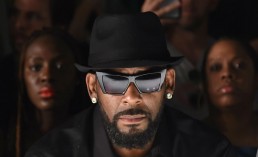 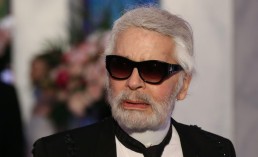