During her guest stint at the Ellen DeGeneres Show, the 37-year-old mom of three detailed how Chicago, her youngest daughter, came out via a surrogate mother in January. Kardashian narrated that she witnessed how the bundle of joy was born and said that even her sister Kourtney was there because she needed a support system.

Where's the husband? Well, West was kind of occupied. He was busy playing Connect 4 with some friends, Kardashian revealed, and that's why Kourtney's being there was such a huge help. Of the birth, it was a breeze for the surrogate.

"We had a connecting room and Kanye was in there playing Connect 4 with his friends and not really paying attention," Kardashian shared.

The host later on asked if West stopped playing Connect 4 at some point, but the KKW Beauty owner seemingly did not directly answer the question. Kardashian only said that the game was his favorite.

Yup, West is good at Connect 4. In fact, the rapper had a match with Beyonce in 2013. A photo showed a smiling rapper pointing to the game, as the "Lemonade" singer looked defeated, proving he won the game fair and square.

While West didn't seem to be helpful and supportive during Chicago's delivery, Kardashian shared that he had a hand in picking the name for their baby. The reality star initially wanted a one-syllable name, and shared she wanted to name her "Jo," from her grandma, Mary Jo Houghton.

Kardashian also added that "Grace" was also a contender but that Chicago, even though it wasn't a one-syllable name, won their hearts. The name was also a nod to the place where West came from, which has a great influence on the "Heartless" hitmaker.

But that wasn't the only deciding factor for Chicago's name. Kardashian said she felt the name was "cool and different." West also wanted to name their daughter Donda, his late mother's name.

Chicago is a sister to North and Saint. The latest addition to their family came through surrogacy as it was revealed that Kardashian was advised not to go through another pregnancy again after suffering from placenta accreta.

Kardashian had been open about this, specifically at their E! reality show, Keeping Up With the Kardashians. 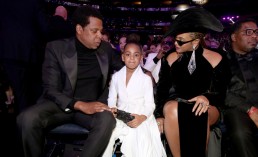 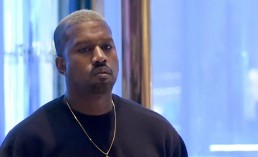 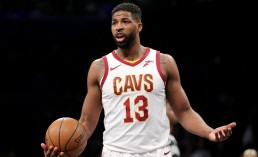