Jeannie Mai’s ex-husband Freddy Harteis is having a baby. Mai and Harteis split last year as Mai said she didn’t want to have children.

Jeannie's Ex Is Going To Be A Dad

Mai opened up about the split on daytime talk show The Real back in February. While the co-host and Harteis agreed they were not going to have children before they tied the knot in 2007, Mai revealed Harteis changed his mind and wanted to be a father.

She said she decided to split from Harteis because she didn’t want to be selfish as she made it clear she still doesn’t want children.

Now, Harteis has announced he has a baby on the way with his new girlfriend, Linsey Toole. He first confirmed on Instagram that he has moved on with "a beautiful woman who captured my heart.”

He said the two have been dating for roughly six months and hinted he and Toole found out they were having a child four months ago. He added he was told it's a girl just before he posted the news on social media.

“I cannot wait to hold and kiss my sweet girl, she will be crazy beautiful like her mama,” continued Harteis.

Interestingly enough, Harteis has since deleted the post. As for Toole, she also shared her excitement on social media. She posted a footage of her receiving an ultrasound. She has since made her Instagram page private.

Meanwhile, Mai was celebrating The Real’s first Emmy win. She and her co-hosts, Tamera Mowry, Loni Love, and Adrienne Bailon took home the award for hosts of an entertainment talk show.

When Mai, who also talked about former co-host Tamar Braxton's split, spoke about the split with her The Real co-hosts and viewers, she pointed out she told Harteis that she didn’t want children when they started dating 14 years. She said she believes Harteis told her he didn’t want children either because the two were very much in love.

She said when she realized deep down he actually did want to be a dad, she couldn’t keep that desire from him because she was very strong in her stance about not having children. She went on to add that while they were going their separate ways, she wanted him to be happy.

“I just pray for love and I pray for that happening because he’d be an amazing dad, dude,” added Mai.

She also mentioned she and Harteis were at odds about having children back in 2014. 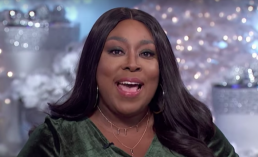 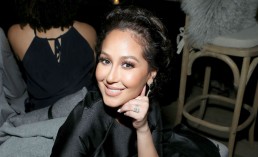 Mrs. Houghton, If You Nasty: Adrienne Bailon Says She Doesn’t Wash Her Hands