Comedian Ken Jeong is a hero in disguise. This was after he stopped his stand-up act to help a woman who was having a seizure.

On Saturday, Jeong was performing on-stage at the Stand Up Live Comedy Club in Phoenix when he suddenly was interrupted. He thought it was just a heckler from the crowd, but the audience made it clear that the situation wasn't a joke and that someone needed medical assistance as soon as possible.

Upon knowing the situation, Jeong jumped off the stage and hurriedly came toward the woman in need of help. Apparently, she was having a seizure at the time and the actor certainly knew what needed to be done. After all, The Hangover actor, who played the gangster boss in the trilogy, was a physician before he turned comedian.

Jeong first cleared the area and attended to the woman as another EMT audience helped him in assisting her as they await for the medical responding team. Certainly not many know that the 48-year-old actor has an M.D., but it was surely given light during his heroic moment.

Witnesses claimed the woman became conscious while under Jeong's care and was even able to stand. After paramedics came and took the woman to the hospital, the comic returned to doin his act, like nothing happened.

Upon returning on stage, Jeong said he felt happy that he was able to help, to which he earned a round of applause. Phoenix residents lauded the actor's heroic move, and one even said it was "such perfect timing."

"It's a wonderful story. It was such perfect timing: Ken just jumped from the stage to help," Heather Holmberg shared.

The resident highlighted how the audience saw Jeong's compassionate side, which she pointed out wasn't common in comedians. The actor's short but concise statement may have also proved his humility.

Fans of Jeong would know that he had the titular role as Dr. Ken, but it wasn't why he had an idea on how to address the emergency situation. The famous comedian has long ago started his career as a physician after earning his degree in Duke University and then getting his medical degree from the University of North Carolina at Chapel Hill School of Medicine.

Jeong is a licensed physician in California and although he opted to pursue acting, his medical background certainly did come handy in situations like this. 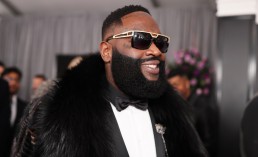 Rick Ross Hospitalized After He Was Found Unresponsive: Report 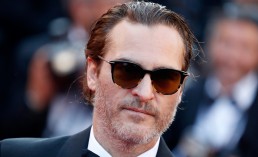 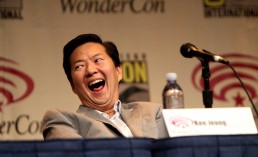