One of the greatest feuds of the modern age has come to an end. Katy Perry and Taylor Swift are finally ready to be friends.

The move came earlier this week when the American Idol judge sent the "Gorgeous" singer a literal olive branch, along with a sweet message addressed to her "old friend."

The letter, only part of which could be glimpsed in a post shared on Swift's Instagram Stories, detailed how sorry Perry was for everything that had gone on between the two women over the years and hoped for them to move forward together.

Although initially there was speculation Perry was mad at Swift for sharing it online, a source tells E! News that's absolutely not the case.

"[Perry] was happy that Taylor was accepting and took the time to post about it," advised the source.

Perry is very relieved the situation has been handled and is ready to move on.

"She has been self-reflecting lately and feels it's better to clear the air than to have public disagreements and uncomfortable tension with people. She wants all of the negative energy cleared from her life," the insider explained.

A separate insider, close to the "Shake It Off" singer, confirmed that Swift was very moved by the gesture and felt it was very heartfelt and sweet.

In the video she shared on Instagram, Swift can be heard telling the camera how much the gift means to her.

The source also advised that Swift did not share it on social media in a mean-spirited way, but purely to show publicly how grateful she was.

As for what inspired Perry to finally take the leap and settle things once and for all with her archnemesis, apparently it's nothing more than her choosing to focus on the positives in her life.

"Katy is on a great path and is very happy in her life right now, and she wanted nothing but to make up with a long lost friend. She has been thinking about this for a very long time," the source explained.

The timing couldn't be more perfect as Swift just kicked off her "Reputation" tour this week, taking the time to tell fans about how they shouldn't let bullies get to them.

An insider revealed to PEOPLE that fixing things with Perry was the perfect way for Swift to start the tour.

A Long And Complicated Battle

The Perry-Swift feud has been going on for years, kicking off in a 2014 Rolling Stone interview, where Swift admitted that her hit song "Bad Blood" was about a backstabbing ex-friend who had stolen dancers off her tour. It was pretty clear she was referring to Perry at the time.

"Swish Swish," a seeming shot at Swift, came next from Perry, followed by a spot on James Corden's Carpool Karaoke, where she argued that Swift started the fight and should be the one to finish it.

Last year, though, Perry began to hint that she wanted the feud to end once and for all. She even said during an interview that she was ready to address the issue and make things right with her former friend.

Now it seems both women are ready to let the past be the past and move on. 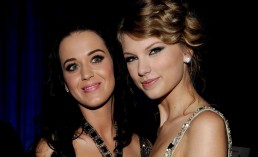 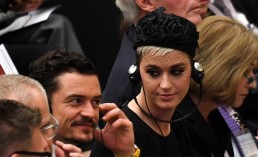 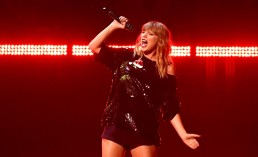