It's been a month since John Cena and Nikki Bella announced their shock split. Now, Cena is coming clean about his feelings.

Rumors have been swirling about why the two called it quits just a few weeks before they were scheduled to tie the knot. There were allegations that Cena hooked up with fellow wrestler Carmella and that he treated Bella like he was only marrying her out of pity.

The wrestler and Blockers star appeared on TODAY on Monday and set the record straight about what really happened between him and Bella. First off, the 15-time WWE champion was completely devastated by the breakup which, according to him, came out of the blue.

However, as hard as it was, it did give the wrestling superstar the opportunity to reevaluate who he is, and what he wants out of life.

She's Still The One

Cena still loves and wants to marry Bella. For him, nothing has changed.

"For anyone out there speculating on what I'm doing with my life now: I still love Nicole. I would still love to marry Nicole. I still would love to have a family with Nicole," he stated emphatically.

One of the biggest and most persistent rumors surrounding the couple hinges on the fact Cena has always been very vocal about not wanting to have children -- especially on the hit reality show Total Divas and its spinoff Total Bellas.

Now, the actor admits that his perspective has changed completely, thanks to Bella's influence. Cena told TODAY that he's not as selfish or stubborn as he once was and that he realizes now that his partner is his number one priority and he should have done everything in his power to make her happy.

Cena also admitted to being terrible at communication, which may have led to Bella being unsure of his position.

No Plans To Move On

Although he appears to be out enjoying himself, Cena made it clear that he isn't enjoying being single, because for months now he's been looking forward to being married and going on a honeymoon.

There may also be talk that he already moved on, but the WWE Superstar was emphatic that he isn't looking to find anybody new.

"I don't want anybody else. I love Nicole, and I'm really trying to support her in her trying to find whatever it is that she wanted that made this fall apart in the first place. And, in doing so, I'm also just trying to live. I don't have any other hopes, other than maybe one day, we can work it out," he admitted.

One realization he had with the breakup is the confirmation that it was true love. Cena had one last message for Bella is she was watching the show -- he was happy and proud to have stood with her for six years.

Cena and Bella called off their engagement almost a year to the day since Cena proposed on the 2017 Wrestlemania event.

The couple clashed over issues of marriage and children, but Cena asking Bella to marry him seemed to signal a change for the better.

After the announcement, several sources informed the press that Bella called it off because she felt Cena was only marrying her out of pity. 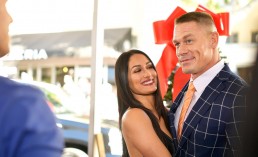 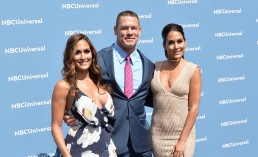