Janet Jackson calls the cops on her ex, due to worries over her child's safety. The pop superstar asked law enforcement to check in.

Calling For A Welfare Check

Jackson has a one-year-old son with ex-husband Wissam Al Mana. Over the weekend, she asked law enforcement to check on the baby due to a concern over his welfare.

The two parents allegedly got into a disagreement, which is what led Jackson to call in the authorities. The singer reportedly called for help just before 10:00 p.m. PT Saturday.

About five minutes later, the police arrived at the Nobu hotel in Malibu, where Eissa, Jackson's son, was with his father.

According to a deputy who was on scene at the time, there were no arrests made, but he confirmed the incident occurred following a disagreement between Jackson and Al Mana. Deputies ultimately decided there was no issue.

Janet Jackson called police after the nanny became concerned about Al Mana's increasingly aggressive behavior, according to Randy Jackson, brother of the iconic singer, who spoke with ET.

Randy confirmed to the outlet that the nanny locked herself inside the bathroom so she could safely dial Janet.

Jackson and Al Mana, a Qatari businessman, tied the knot in 2012. They split in April of last year just a few months after the birth of Eissa. Jackson fell pregnant at the age of 50.

Her brother previously described the couple's relationship as abusive. He spoke to PEOPLE in September 2017, expressing concern for Janet's safety.

"It came on later in the relationship, verbal abuse and being [made to feel like] a prisoner in her own home. No pregnant woman needs to go through being called a (expletive) every day," detailed Randy Jackson at the time.

Giving Her A New Lease Of Life

She told Billboard last month that her son has shown her a different side of life.

"[He] has showed me that love, no matter how deeply you believe you have experienced that emotion, can always go deeper," she gushed.

Jackson went on to explain that, due to her childhood growing up in the industry, life with Eissa was even more special.

"Love is limitless. And for someone like me, raised in show business where self-concern is always a priority, how fortunate I am now to be concerned, first and foremost, with the welfare of someone else," she said.

Jackson described Eissa as bringing immense peace to her life, letting her know that everything is going to be okay just by holding him.

Jackson became the first black woman to be awarded the Billboard Icon Award at the star-studded show last month, where she performed a medley of her biggest hits for celebrity fans including Tyra Banks and Andy Cohen.

Her extended family was all there to cheer her on, with only niece Paris Jackson, daughter of late singer Michael, missing on Janet's big night. 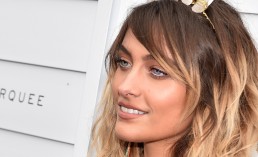 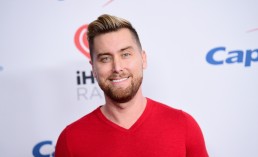 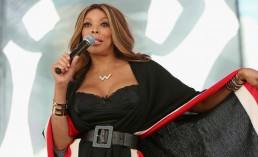