Less than a month away from his 2018 Super Bowl performance, Justin Timberlake has finally addressed the unforgettable fashion malfunction that occurred with Janet Jackson.

Audiences will never forget when he accidentally exposed Jackson's breast during the 2004 halftime performance on live television.

Almost 15 years after the incident, Timberlake has finally opened about the unfortunate event.

In an interview for Beats 1, host Zane Lowe asked the singer how he responded to the embarrassing moment after the performers left the stage.

The "SexyBack" singer explained that there wasn't too much of a conversation.

"I had my wires crossed, and it's just something that you have to look back on and go, like, 'OK, well, you know, you can't change what's happened but you can move forward and learn from it," Timberlake said.

Although Timberlake's and Jackson's incident will remain unforgettable, Timberlake told Lowe that the two have been able to resolve the situation.

"And I don't know that a lot of people know that. I don't think it's my job to do that because you value the relationships that you do have with people," Timberlake stated.

While the two have managed to patch things up, Timberlake said he won't make the same mistake when he takes the stage in February.

Timberlake kicked off 2018 by announcing his upcoming album, Man of the Woods, that will debut two days before the Super Bowl. Hopefully, this means he will perform a track from the album. The album will feature 16 tracks which include phrases such as, "Livin' Off the Land," and "Breeze off the Pond."

On Jan. 5, the singer gave his fans a sneak peek of what to expect from his album. Timberlake released the music video for his single, "Filthy."

"Filthy" is his first release since his 2013 double album, The 20/20 Experience, except "Can't Stop the Feeling," a single he released for the film, Trolls.

The songwriter's Super Bowl performance will be the perfect teaser for his Man of the Woods Tour that is set to begin in March. The tour will kick off at Toronto's Air Canada Centre on March 13 and will return to the United States on March 18, where he will perform in Washington, DC. The tour will conclude in Timberlake's hometown of Memphis, Tennessee on May 30.

Timberlake will perform at the 52nd Super Bowl Halftime Show on Feb. 4. 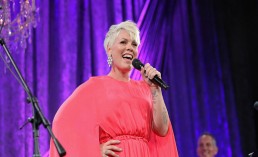 P!nk To Sing 'The Star-Spangled Banner' At The Super Bowl 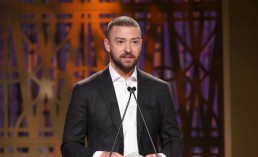 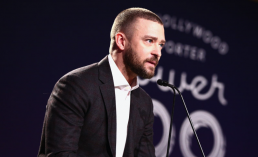