Spade's father was 89 when he died on Wednesday night at his home in Kansas City. Sadly, it was just hours before his daughter's planned funeral, which took place on Thursday.

The family released a statement to PEOPLE acknowledging his passing.

"We are deeply saddened to announce that Katy's father, Earl F. Brosnahan, Jr. (Frank), passed away last night at age 89. He had been in failing health of late and was heartbroken over the recent death of his beloved daughter," reads the statement in part.

It notes that Brosnahan Jr. was surrounded by family and friends at the time of his death. He is survived by second wife Sandy, who was by his side when he passed, as well as three brothers, a sister, five children, and eight grandchildren.

One celebrity grandchild is Rachel Brosnahan, star of The Marvelous Mrs. Maisel, while another is Spade's teenage daughter, Frances Beatrix.

Brosnahan Jr. was a lifelong resident of Kansas City, where he was also born. He served in the U.S. Navy, graduated from the University of Miami, and worked in the family construction business for most of his life. He eventually took over the business.

Still Reeling From The Loss

The news comes just a couple of weeks after Spade was found dead, at her Manhattan apartment, at just 55. She was later found to have committed suicide.

The Frances Valentine designer was laid to rest on June 21, in Kansas City. Brosnahan Jr. had told the local press that the church where Spade's funeral would be taking place was very special to their family because her grandparents were married there.

"I imagine there will be a crowd," her father told the Kansas City Star, in relation to the funeral.

Both Spade's estranged husband Andy and her brother-in-law, the comedian and actor David Spade, who recently donated $100K to a mental health charity in her honor, attended the ceremony.

Her father also noted that he had spoken to his daughter right before her death and, much like her ex-husband, didn't think anything was wrong.

"She'd been taking some pills, which I advised her not to take," he noted.

It was revealed, following the news of the fashion designer's suicide, that Spade had been battling depression and mental health issues for much of her life. She had been living separately from her husband for almost a year when she passed away.

Kate Spade, launched in 1993, became one of the most celebrated and influential American brands in fashion history. The designer subsequently sold her shares in 2006 and launched Frances Valentine in 2016. 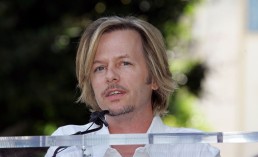 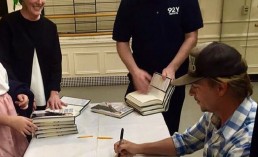