Actress Nia Vardalos is splitting from her husband after 25 years of marriage. The My Big Fat Greek Wedding star heads for the divorce court.

The Blast obtained court documents pertaining to the split. According to same, Vardalos filed for divorce from husband, and fellow actor, Ian Gomez on Tuesday, July 3 in Los Angeles County.

The couple released a joint statement in response to the breaking news of their shock split, after almost 25 years of marriage.

"We've been respectfully separated for a lengthy period of time. Our relationship became a friendship so the decision to end the marriage is completely mutual and amicable," it read.

Vardalos lists the official date of their separation as June 29, 2017 in the documents. The reason for the split, as is typical with many Hollywood divorces, is noted as irreconcilable differences.

The couple got married back in 1993, with My Big Fat Greek Wedding released just a few years later, in 2002. They have one adopted daughter together, 11-year-old Ilaria. Vardalos is asking for joint legal and physical custody. Spousal support, meanwhile, will be determined via mediation.

The 55-year-old actress opened up to PEOPLE just a couple of years ago about her long and devastating journey to becoming a mother. Vardalos suffered 13 failed IVF treatments, as well as several miscarriages, and even unsuccessful surrogacy attempts in the process.

"I felt so embarrassed that I couldn't have a biological child," she admitted at the time.

The actress and writer even noted that the big wait between My Big Fat Greek Wedding 1 and 2 was partly a result of her issues with conception.

"I wouldn't know the emotions of what to write. I just said, 'I can't do it,' " she said in relation to her character's relationship with her onscreen daughter.

In 2008, after close to a decade of trying to become parents, Vardalos and Gomez found out they had been matched with 3-year-old Ilaria. The actress told PEOPLE she couldn't imagine her life without her daughter.

Vardalos wrote the hit movie in which she starred in alongside Gomez, as her onscreen hubby John Corbett's best man, based, in part, on their real-life relationship. The film was a massive hit worldwide, spawning a 2016 sequel in which Vardalos, Corbett, and Gomez all reprised their roles.

The then-couple also featured in another film together, Vardalos' directorial debut, I Hate Valentine's Day. They also co-hosted hit reality show The Great American Baking Show from 2015 to 2017. 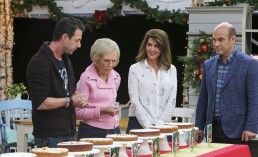 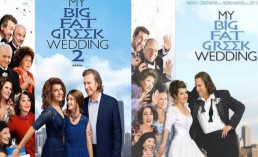 'My Big Fat Greek Wedding' Analysis: Why The Hit Movie Is More Than Just Another Rom-Com 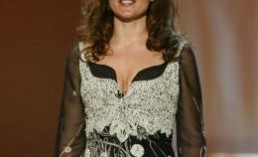