The Beckhams aren't letting rumors of an impending divorce bother them. David and Victoria Beckham smile for the cameras during their latest public outing together.

Putting On A United Front

The happily married couple graced the private Kent & Curwen spring/summer 2019 capsule collection fashion show and luncheon, for London Fashion Week Men's, in London on Sunday, June 10. It was their first public appearance since stories of their split originally began circulating just a couple of days beforehand.

Soccer legend David Beckham has a collection with Ken & Curwen, and he has collaborated with the brand several times over the years. He and fashion designer wife Victoria, who share four children together, denied all reports that they're breaking up any time soon.

Ex-Spice Girl Victoria took to Instagram to share a shot of her sitting happily next to British Vogue editor-in-chief Edward Enninful and designer Kim Jones. David is standing with his arms around the whole group rested his hand on Victoria's shoulder.

Victoria re-shared another pic of the group, taken from a different angle, hashtagging it #momentcaptured, just to drive the point home.

Absolutely Nothing To See Here

Although the couple arrived at the event separately, they stayed together throughout the day, posing happily for photographs and appearing relaxed in each other's company according to onlookers.

A spokeswoman for David and Victoria Beckham advised on Friday that any reports of an impending divorce are completely unfounded.

"There is no statement due or divorce. This is just fake social media news. This is all very bizarre and an embarrassing waste of time," she stated.

The two have been happily married for almost 19 years, originally tying the knot back in 1999. They have four children, three sons: Brooklyn, Cruz, and Romeo, and daughter Harper.

"It is absolutely not true," a rep confirmed to ET, referring to the alleged split.

Just a couple of months ago, David described his wife as an amazing mother in an Instagram post to celebrate her birthday. The two were spotted smooching at Victoria's New York Fashion Week show back in February. Last year, Victoria described her husband as her soulmate.

The family gathered together to celebrate David's birthday just last month, with son Brooklyn flying in to surprise him. The Beckhams' eldest son is currently studying college in New York. Victoria caught the sweet moment on video, proudly sharing it to Instagram. 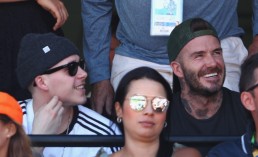 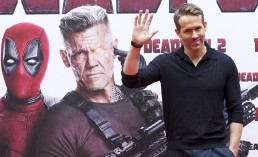 WATCH: Deadpool Apologizes To David Beckham For Joke In The First Movie 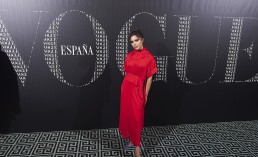