Khloe Kardashian is opening up about her struggles to breastfeed daughter True Thompson. The new mom reveals the difficulty to her social media followers.

The 34-year-old took to Twitter Saturday to discuss her reasons for no longer breastfeeding her 2-month-old daughter.

The conversation began when a fan tweeted Kardashian to ask whether she uses a breast pump at work. The characteristically candid reality star responded to let the commenter know that was sadly no longer an option.

"I had to stop breast feeding. It was really hard for me to stop (emotionally) but it wasn't working for my body. Sadly," she responded.

When another user tried to advise her to drink more water, the denim designer explained she'd tried everything but that nothing had worked for her.

"Ugh it wasn't that easy for me. I tried every trick in the book ... I tried so very hard to continue," she advised.

When another follower told Kardashian that she personally felt relief after finally giving up, the new mom concurred, acknowledging that she's considerably less stressed now that she's no longer constantly trying.

The reality star even admitted to seeing a lactation specialist, advising that it was so much harder for her to quit after seeing sister Kourtney Kardashian breastfeeding so easily.

Back in January, Khloe told TV host Jimmy Kimmel that she and her older sister, who has three kids with ex-partner Scott Disick, differ on their approaches to parenting.

"It's either her way or no way ... [She] got pissed because I wanted to put a TV in the nursery. ... I'm the worst person for ever wanting a TV ... She thinks she's better than [me] because she doesn't watch TV but I like TV shows," Khloe complained at the time.

The mother of one, who gave birth April 12 after years of watching her famous sisters having children and desperately wanting one of her own, revealed on Snapchat last week that she gets anxious whenever she's away from daughter True.

Kardashian was getting ready to go back to work on hit reality show Keeping up with the Kardashians but was fretting about leaving her daughter for an extended period for the very first time.

It's been a busy year of Kardashian babies, with Khloe giving birth April 12, her sister Kim Kardashian West giving birth by surrogate in January, and youngest family member Kylie Jenner, 20, giving birth Feb. 1. All three kids, in keeping with Kardashian tradition, are girls.

Both Khloe and Kylie's pregnancies are due to be dealt with in the upcoming season of the show, which premieres next month. 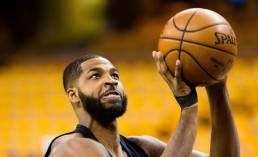 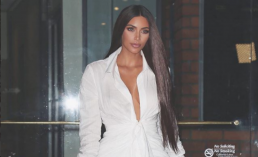 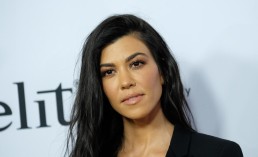