Not content with quick proposals and tattoos, Pete Davidson gifts fiancé Ariana Grande something special. He isn't any taking criticism for it, either.

A Gift With Real Weight

The Saturday Night Live star posted a shot of the pop star wearing an FDNY badge that once belonged to his late father, Steve Davidson, who died during 9/11 when the actor was just a kid.

The 24-year-old shared the pic on Instagram on Saturday. The necklace features a firefighter logo and the number 8418, which Grande just got inked on her foot in memory of Davidson's dad. Her man has a matching tattoo on his arm too.

Although several fans gushed about how sweet the gesture was, suggesting Davidson's father would have loved Grande, one took issue with the gift.

"No girl should ever wear your dad's chain. So disrespectful," wrote the commenter.

The SNL star was quick to clap back, telling the fan in no uncertain terms that he or she was completely out of line and way off the mark in what his dad's opinion would be of the gesture.

"For ur information that's not just some girl. That's my fiance. she's the greatest person I know. I gave it to her because she has my heart and that is the most precious thing I own. my dad would be so happy and love her so much," argued Davidson.

Grande, meanwhile, ignored the original comment completely to respond directly to her man and reaffirm yet again how much she loves him.

Gushing All Over The Place

The happy couple is not shy about showing off their love, with the "God Is A Woman" singer recently inking "Pete" on Grande's engagement finger, her sixth tattoo for him. Davidson, meanwhile, has her initials and her Dangerous Woman bunny mask inked on his skin.

The two got engaged, and moved in together in New York City, in mid-June after getting together in mid-May. They originally met when Grande hosted the hit sketch show, on which Davidson regularly features. Both had recently split from their respective partners at the time.

Davidson recently accompanied his lady to the music video shoot for her new single. The clip features 25-year-old Grande swimming around in a pool of paint while simulating nudity.

It was released on Friday, with Davidson appearing in a behind the scenes clip Grande posted personally, looking somewhat mesmerized by what's unfolding in front of his eyes. For his part, the SNL star commented to admit he couldn't believe what he was seeing.

Davidson later praised the video on Instagram, writing "YUM YUM YUM" on a topless photo of Grande in a pool of paint, taken from the shoot itself. 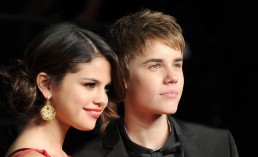 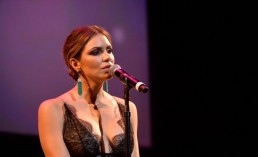 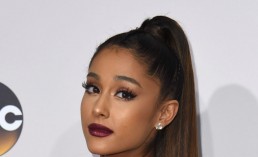 ‘Us In Our New Apartment’: Has Ariana Grande Moved In With Pete Davidson?