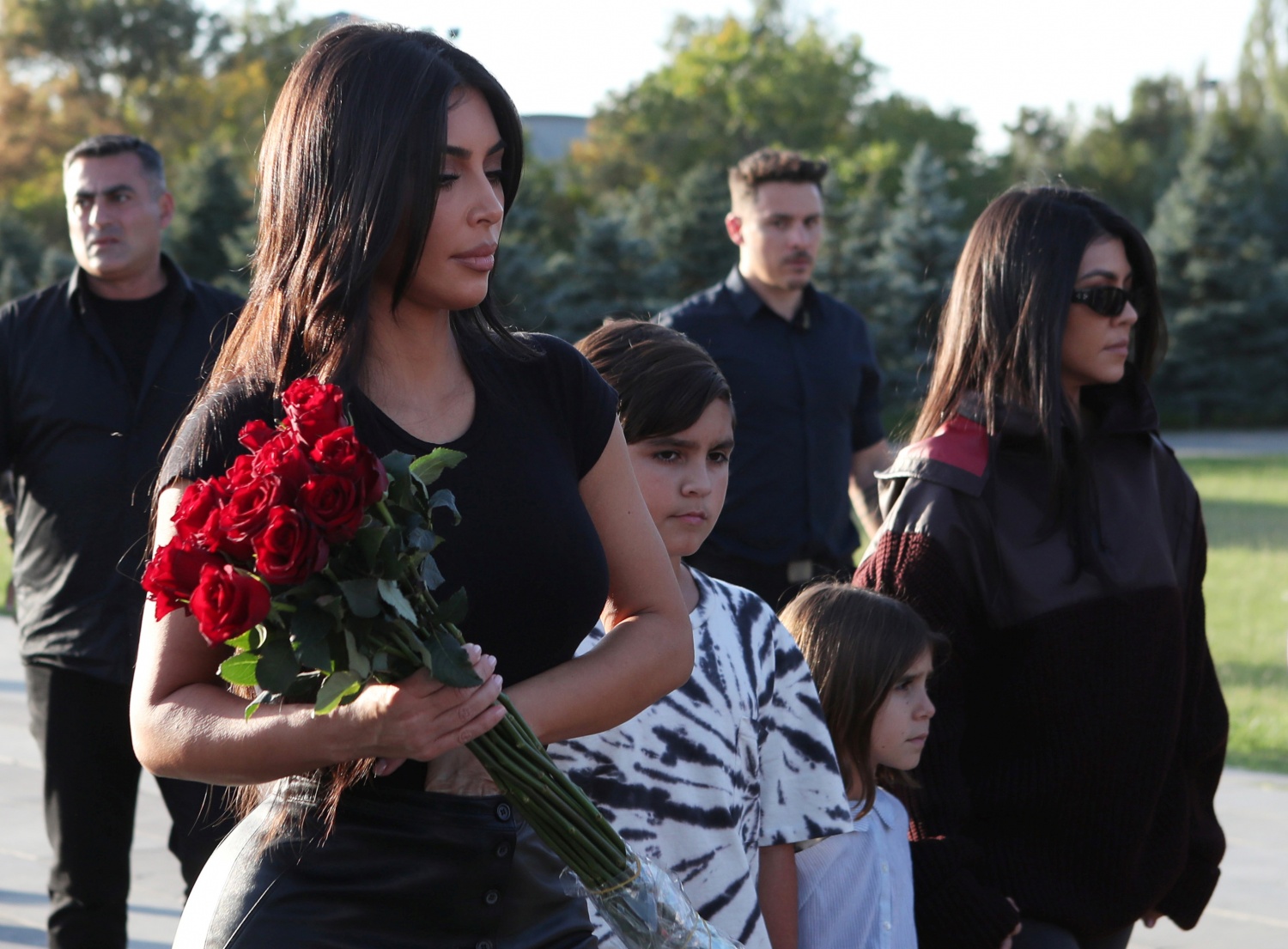 Kim Kardashian and Kourtney Kardashian returned to their roots, Armenia, and brought their children with them for a religious rite of passage.

They temporarily resided in the country's capital city of Yeveran. On Sunday, together with their kids -- North West (6), Saint West (3), Chicago West (20 months), Psalm West (4 months), Mason Disick (9), Reign Disick (4) and Penelope Disick (7) -- they made their way to the St. Hovhannes-Mkrtich Church of the Mother See of Holy Etchmiadzin to have them christened.

Getting baptized is part of Armenian culture. Their father, Robert Kardashian, was of Armenian descent. Their descendants on their father's side migrated to the US from an area that is now in Turkey.

View this post on Instagram
Thank you Armenia for such a memorable trip. So blessed to have been baptized along with my babies at Mother See of Holy Etchmiadzin, Armenia's main cathedral which is sometimes referred to as the Vatican of the Armenian Apostolic Church. This church was built in 303 AD. @jackie_nickerson A post shared by  Kim Kardashian West (@kimkardashian) on Oct 10, 2019 at 12:04pm PDT

The kids wore all white, except Penelope who wore purple -- which could indicate she is not getting baptized.

The clan made their way to the church with their bodyguards to keep the fans at a distance. However, it didn't stop Kim from taking selfies with them.

Their holiday is a day after they lay flowers at the Memorial Complex in Yerevan. They did it to pay tribute to the victims of the 1915 genocide in which 1.5 million people lost their lives.

Aside from having their kids baptized, it didn't stop Kim and Kourtney from doing business. The sisters met up with the country's president, Armen Sarkissian.

The famous duo wore black suits to dinner at the presidential palace. Kim added a velvet touch and diamond necklace to her ensemble, while Kourtney just paired the classic suit with a white shirt.

The president and Prime Minister Nikol Pashinyan shared photos for the Kardashian's country visit and captioned the photo in Armenian, which translated to: "We made a deal with @kimkardashian that she will visit #Armenia more often."

The president captioned a photo that reads: "Kim and Kourtney said they've received great energy from their visit to Armenia."

Kim previously visited the country back in 2015 for the 100th anniversary of the deaths that constituted from the World War I genocide.

The cosmetics mogul met up with the president because, according to her tweet, she was considering moving the production of her shapewear SKIMS to Armenia to increase trade and create jobs.

Over the weekend, Kim revealed in a post that she and Kourtney are going to Armenia. The group departed the US on Thursday. She was quick to share Instagram Stories of their family in their private jet before they left.

On Wednesday, Kim was seen walking alongside North, Saint and Mason wearing all black at the mother church of the only permanent Greco-Roman building in Armenia. Her daughter Chicago was also there coddled by a nanny.

On this trip, it was observed that Kim's husband, Kanye West, was not present on any of their excursions.

Kanye, 42, was set to release his latest album "Jesus is King" on September 26, but it has still not come out.