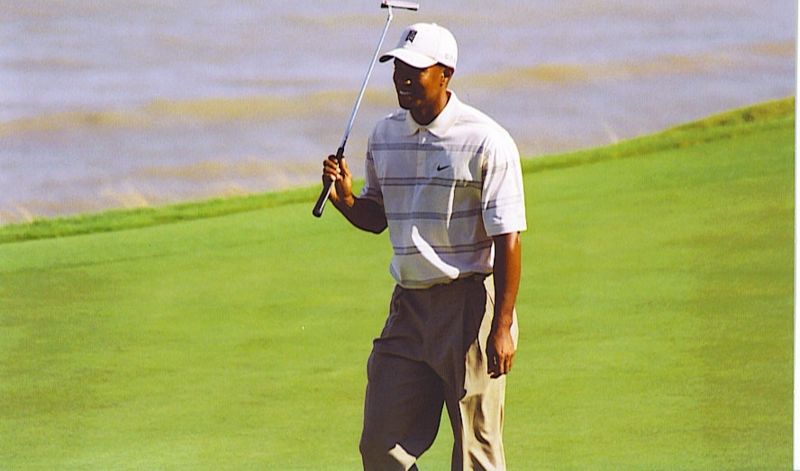 After years of shying away from the limelight, Tiger Woods comes back with explosive revelations in his memoir, "Back."

In his post introducing his new book, Tiger Woods talked about how he has spent his years in the limelight. He further shared about the books, articles, TV documentaries and the like that talked about him. He said that they contain errors, some were even speculative and plainly wrong.

Then, he introduced Back, saying that it is the book that will define who he really as a person, a golfer and and athlete. He announced the release of his memoir on Tuesday through his Twitter account.

The book project is a collaboration between Tiger Woods and HarperCollins. The memoir is expected to reveal the dirtiest of details about his dark, rocky past. He also talked about his rise to fame as an athlete, then as a celebrity. The publishers also promised that the book reveals interesting details about the cheating scandal as well as his months in the rehab.

HarperCollins, the publisher of Woods' book, described the book as a "candid yet intimate narrative of a typical outsize life in America." It reveals Tiger's majestic rise as a golfing prodigy, with his life's successes celebrated by everyone.

Then, the website continues to reveal that the book also talks about how Tiger Woods became an instrument to shattering centuries-old barriers of the race as a young and budding pro in golf.

Furthermore, the memoir covers stories about his unprecedented rise to fame as an athlete, with the top world brands after him to be their brand ambassador. Tiger Woods has become one of the world's icons.

Tiger earned his spot to fame from the Masters championship in 1997. That was the beginning of the life everyone hoped they had.

For a decade, he reigned in every championship game. His career was hastily on the rise until it took a wrong turn in 2009.

Woods apologized about the incident and submitted himself to rehab for sex addiction. Soon after his wife divorced him in 2010, he lost sponsorship deals with Gillette, Gatorade and Accenture.

The most interesting parts in the book, hwoever, reveal how he battled against devastating injuries in his career and his personal life. He talked about how he almost all it all. He endured years of anguish physically, mentally and emotionally that led to his amazing comeback.

At 43, he played at the 2019 Masters, capturing the hearts of many with what seemed like an impossible win. When everyone thought the Tiger Woods they loved was done, he comes back with a victory among and a stunning new memoir of his life.

His relationship with girlfriend Erica Herman is still going strong. In fact, her presence in his tournaments have become regular that everyone expects her to be there.